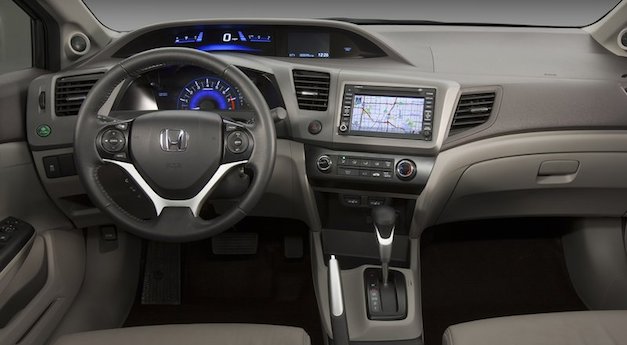 The fourth consumer guide to toxic chemicals in cars has just been released by the Ecology Center. Since Americans spend on average 1.5 hours in their vehicles daily, the exposure is looked at as a considerable contribution to indoor pollution.

Reviewing over 200 common vehicles with model years from 2011 and 2012, each was tested for chemicals that are found in components of the interiors, including armrests, dashboards, steering wheels, and seating.

Finding show that the Mitsubishi Outlander Sport is the most toxic out of all the vehicles tested, while the Honda Civic has the least chemical exposure.

“Research shows that vehicle interiors contain a unique cocktail of hundreds of toxic chemicals that off-gas in small, confined spaces,” said Jeff Gearhart, Research Director at the Ecology Center. “Since these chemicals are not regulated, consumers have no way of knowing the dangers they face. Our testing is intended to expose those dangers and encourage manufacturers to use safer alternatives.”

Some of the more harmful chemicals, which are what helps create the generally enjoyed “new car” scent, include bromine, chlorine, lead, and other heavy metals. The impact of them can worsen with higher temperatures, which can lead to chemical changes. Severity of the effects of these toxins ranges from allergies to cancer.

“Automobiles function as chemical reactors, creating one of the most hazardous environments we spend time in,” added Gearhart.

On the upside, some harsh chemicals are beginning to be used less frequently. For example, Volkswagen, Ford, and Mitsubishi have all improved from 2009-2010 model years but 30% or better.

The list of the best and worst are as follows:

The complete list can also be found at www.HealthyStuff.org.

June 28, 2012 Omar Rana Comments Off on 2013 Nissan Sentra to be produced on home turf in Mississippi