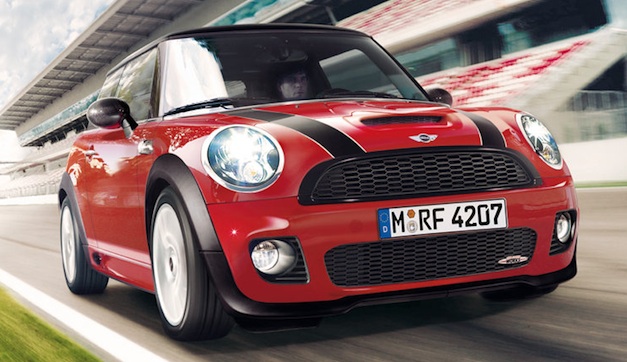 Mini’s success is something that goes beyond questioning and because BMW has been at the helm of the British manufacturer ever since their reintroduction in 2002, in addition to the fact that Mini’s are very sporty oriented hatchbacks, reports are saying that Mini now wants to adopt the brand’s familiar tuning firm, John Cooper Works, as the brand’s own in-house performance sub-brand. In other words, in similar moves to BMW adopting the M-Performance Division and Mercedes-Benz the AMG Performance Division back in the 1980s and 1990s, Mini wants to do the same with JCW.

These reports come after an interview with Mini’s head, Kay Segler, who was formerly in charge of BMW’s M-Division at one point. Along with these details, Segler also said that upon the arrival of the John Cooper Works Mini Countryman, he wants to have the brand offer John Cooper Works packages for the entire lineup.

Segler also apparently hinted at harder performance oriented versions of their lineup, which could be slated as limited edition models. An example of this would be the up and coming Mini GP.

Because Minis are performance oriented, they come with plenty of power to boot. But being lightweight and front-wheel drive, there’s only so much power the front wheels can take before becoming dynamically incompetent. And Segler said the Mini brand recognizes this and “engineers and execs are aware there’s a limit to how much power the front wheels of a car can handle, and that the current JCW cars are up to the edge.”

As of now, the Countryman is the only model that will feature all-wheel drive in the brand’s lineup. Mini has considered all-wheel drive in its other models, such as the regular Cooper. Parts supplier Getrag unveiled a special all-wheel drive design concept that was capable of being fitted to a base Cooper not too long ago. And this is because of the Mini’s size limitations. But due to its high commanding price, Segler said that the system is still too expensive to adopt.

However, some may worry that if Mini were to adopt JCW as their own performance subdivision, prices could skyrocket through the roof. And this comes after the fact that Minis, despite their relatively cheap initial purchase price, can become really expensive when you start adding things. Segler also commented on this saying that they’re ready to plan to make some pricing adjustments and that their inspiration for doing some comes from “performance bargain” examples like the BMW 1-Series M and the M3 GTS.

On another note, despite America’s overall known hatred for diesels, Segler also shared that North American customers are more demanding of diesel engines, rather than JCW models.

“We’re delighted to hear it,” Segler said. “We are looking into this not for the short term, but for the medium term.”

Currently, Mini produces only a few diesel models as a Cooper, called the Mini Cooper SD in Europe, which produces 143hp and 225 lb-ft of torque and has been well-received. If Mini chooses to introduce diesel models for the US, Segler concluded that it would be seen in the third-generation models within the next few years.

Chevrolet working on baby SUV based on Aveo

October 25, 2010 Omar Rana Comments Off on Chevrolet working on baby SUV based on Aveo