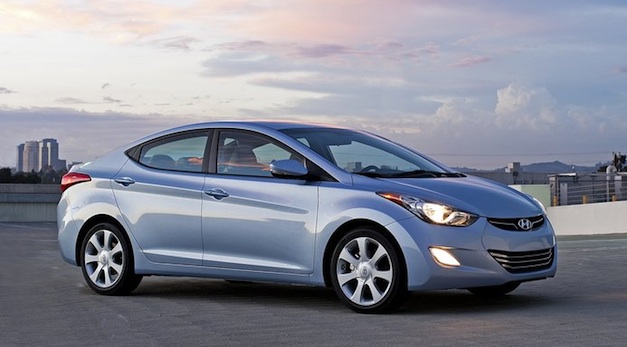 Not only was the Hyundai Elantra named the North American Car of the Year this month, the models sales increased by 41 percent in 2011.

Keeping up the momentum, the automaker is releasing a coupe variant to join the compact sedan, which is expected to arrive in the near future.

The down side to all of the buzz around the Elantra is that the automaker no longer has the production capacity to handle the car’s success. Hyundai’s plant in Montgomery, Alabama builds both the Elantra and the Sonata, and rolled 338,000 units off the production line last year, putting the plant at 110 percent of its operating capacity. The Elantra alone sold more than 186,000 units in the U.S. for 2011.

Overall, Hyundai’s sales were up 20 percent last year, and to keep up with its growth and consumer demands, the automaker may need to consider opening additional locations in the near future.

August 31, 2010 Omar Rana Comments Off on Did you reserve a Nissan LEAF? You can now pick out your color and trim

July 22, 2011 Omar Rana Comments Off on Report: New Smart Roadster to hit dealers this year, new 4×4 model on the works