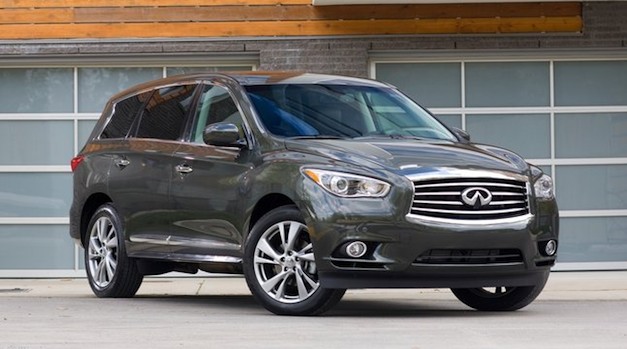 After the unveiling of Infiniti’s new full-size crossover, the JX, word is that the Japanese BMW contender is betting big on potential sales for the JX, predicting that it will be a top seller for the brand.

“It will become our second-best-seller this year, right behind the G lineup,” said Infiniti’s North American vice president, Ben Poore.

Poore didn’t exactly disclose the brand’s sales predictions, but considering that Infiniti sold 58,246 G sedans and coupes total in 2011, it’s safe to assume that Infiniti’s target is somewhere north of that figure. Priced at just $41,400, Poore also added that the JX is “priced at the heart of the segment, where the growth is.”

“We want volume with this product,” he continued in an interview, “the JX is right on top, if not better value, than the Acura MDX and Lexus RX.”

In the same interview, Poore also gave some tips about Infiniti’s future lineup. One of the rumored models is the brand’s compact luxury hatchback that is supposed to be based on the Etherea concept, which was unveiled at last year’s Geneva Auto Show. The hatchback is supposed to be powered by four-cylinder engines supplied by Mercedes-Benz and could see a launch date around 2014.

Also included in Poore’s comments were hints of Infiniti’s much anticipated and rumored range-extended electric super car. However, he didn’t specify exact details about it. Either way, it sounds like Infiniti is gearing up to jump into the supercar game after Lexus introduced their LF-A and Acura debuted their NSX concept.

Report: Don’t use regular in your 2015 Ford Mustang EcoBoost, unless you don’t like power

January 6, 2015 Chris Chin Comments Off on Report: Don’t use regular in your 2015 Ford Mustang EcoBoost, unless you don’t like power