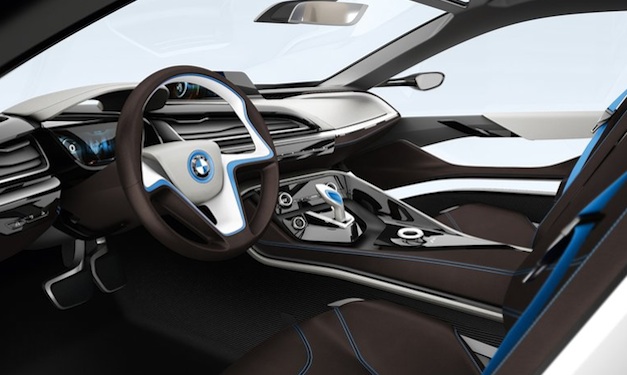 Drivers who develop a love for their cars and feel the need to affectionately stroke and caress their cars may no longer be declared weird by anyone’s standards. And that’s because BMW is apparently expressing interest a new kind of fiber that could potentially revolutionize the whole in-car experience.

Currently being researched by the Polytechnic School in Montreal, Canada, students there are working on a material that can be woven into fabric. But it ain’t no ordinary fabric as it can be used as a controller for in-car functions by way of touch-sensitivity—think iPads, iPhones and iPods gestures.

“In essence we are trying to reproduce the smartphone experience in textile form,” says researcher Maksim Skorobogatiy of the Polytechnic School in Montreal, Canada. “We are looking for applications where we can weave in sleek, non-invasive control, avoiding blocks of push buttons.”

The result is a soft polymer-based fiber that can be woven into a complete fabric and within that fabric are “electrical properties that change depending on where it is touched.” Whether it’s inappropriate or appropriate touching is up for interpretation.

If all goes well with the research, both BMW and Skorobogatiy said that the fabric can be used to help drivers control a power-seat function, the radio or even the HVAC controls. A BMW spokeswoman didn’t say when this technology could potentially be seen in their cars, but they say that they’re currently researching the material.