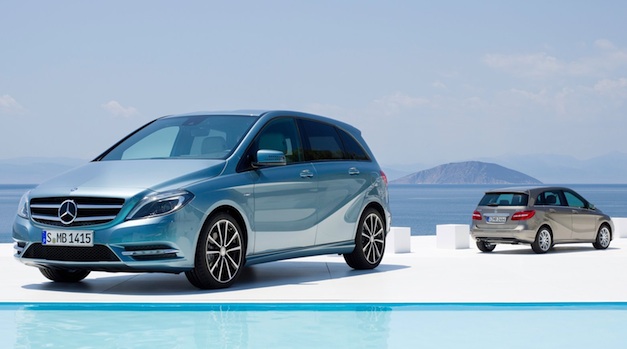 Many people consider BMWs and Mercedes Benzes to be completely different brands, therefore offering two distinct experiences. MB feels differently. In fact, they feel that there are enough undecided prospective Mercedes customers out there to offer four new compact cars next year.

Naturally the A and B Class front wheel drive compacts will be offered along with a CLC coupe to rival the BMW 1-series and a small GLC crossover to rival the BMW X1 and the Audi A3. Joachim Schmidt, director of MB’s global sales said that “In the midterm, we expect U.S. sales of 300,000 units for the Mercedes brand — especially thanks to our new compact-car family.”

The motivation behind the 300K mark is merely a mirror of BMW’s recent goal of 300,000. It is important to note that both BMW and Mercedes only include vehicles badged as BMW or Mercedes respectively; Minis, Rolls Royces and Dodge Sprinters are not included. This past year, BMW sold 2715 more cars than MB’s total of 245,192. The numbers are similar, but the news is that Lexus held the top US luxury spot for 11 years, but only sold 198,552 cars.

Back on the topic of the compacts, details currently are far and few between other than the B-Class will be offered with a range of powertrains one of which includes a US-exclusive plug in hybrid version a la the Chevy Volt. The competition between the CLC and the BMW 1-series makes sense, but the B Class and the GLC Class seem to be very similar and fighting for the same turf (Audi A3/BMW X1).