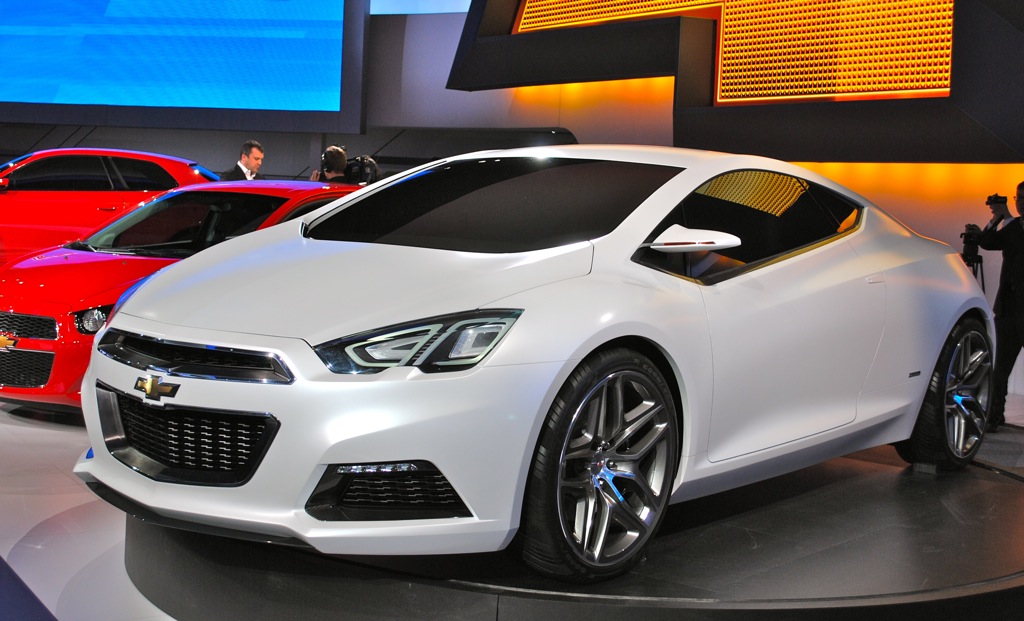 Today at the 2012 North American International Auto Show, alongside the unveiling of the Chevrolet Code 130R Concept was the Tru 140S Concept, another concoction designed from the ground up based on the feedback of potential young buyers.

While the Code 130R features a very upright and squared off body, the Tru 140S goes more with a curvaceous design, one that looks to have been spawned from the last Mitsubishi Eclipse.

Ironically, unlike Code 130R, which featured a front-engined and rear-wheel drive layout (which also looks like the Mazda RX8 and the BMW 1-Series coupe had a baby, both of which are rear-wheel drive), the Tru 140S is front-wheel drive, much like the Eclipse.

The Tru 140S is powered by the same 1.4L turbocharged Ecotec four-banger as the Code 130R. Chevrolet also added that it would cost around the low $20,000 mark, should the Tru 140S make it into production.