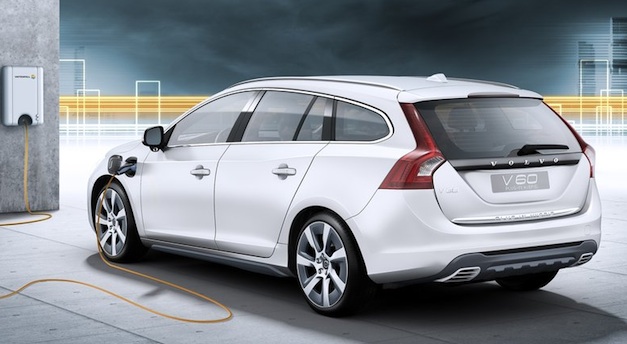 $75 grand (at least in UK). For a Volvo wagon. It’s not a joke, the production version of this car was unveiled at the 2011 Geneva Auto Show and will be making its way to the United States in 2013. Volvo even says that many of the cars are spoken for already; which is not a shock, seeing as they are only building 1,000 of them in the first year. Volvo hopes to at least quadruple that figure in 2014.

“Our plug-in hybrid has received considerable attention since it was unveiled at the Geneva Motor Show in 2011. Now we’re taking the next step by presenting the production model, which is graced with a distinctive profile featuring a spectacular silver colour, an exclusive interior and generous standard equipment,” says Stefan Jacoby, President and CEO of Volvo Car Corporation.

This is no ordinary V60 wagon though: it does everything a normal V60 does except that it is a plug-in diesel hybrid, capable of 124 miles to the gallon and less than fifty grams of carbon dioxide per kilometer. The next best and cheaper option is the 115 bhp diesel offered outside of the US and it will only manage 57 mpg on the highway. The diesel hybrid version is no prius either: 285 horsepower comes from the combination of electric motor and 2.4 liter 5-cylinder diesel.

The $27,000 added cost doesn’t even come close to paying for itself : at current prices, even if one drove the diesel only version on the highway, it would take close to 50 years to make up the difference if electricity is free, which it isn’t.

Naturally with such a technological achievement, there are some annoying bits: the instrument binnacle is now a big one-piece LCD screen and 30 percent of the cars will be heading off to Sweden and neighboring countries, nevertheless, this stacks up to be a very interesting and very important car for Volvo, if not the industry. 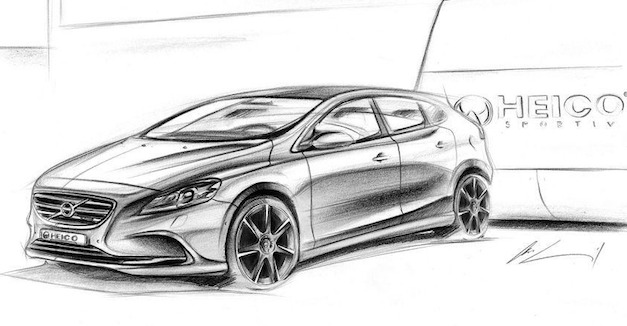 May 14, 2012 Omar Rana Comments Off on Heico Sportiv working on tuning package for new Volvo V40

Plug-in hybrids to get up to $7,500 tax credit from new stimulus law