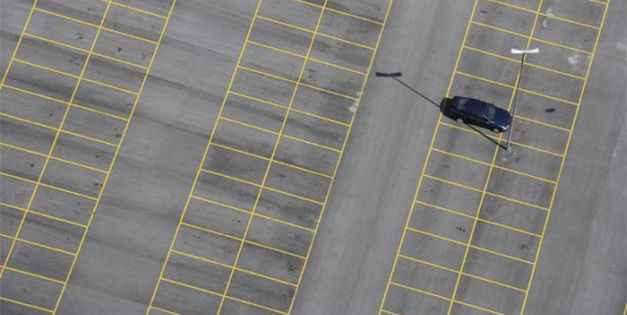 Here at egmcartech.com, we have a broad audience with one thing in common; they are seeking information related to some aspect of the automotive industry. As editors, the majority of the material we produce relates to the latest releases, live auto show coverage, or a fresh tuning kit. So when this information ‘came across my desk’ I felt that it deserved some special attention. While cars may be considered a ‘lifestyle’ for some, for others, they are a way of life.

Impacting more than most Americans, the state of the economy has resulted in a large, and rising, number of people without homes. Many homeless are forced into shelters or end up on sidewalks, but more people have been turning to their vehicles for shelter.

An increase in the number of “vehicular homeless” parallels that of the Great Depression eras “Ford families”, a result of thousands being laid off from work.

Back in April of 2004, Carey Fuller lost her job, and then The Fullers lost their home. Unable to keep up with the bills, a series of cut backs started with the move from a three-bedroom to a two-bedroom, then to an RV, and finally to a minivan, where Carey and her two daughters have been living since. Apart from picking up any work she can, Fuller blogs about her life as the head of her vehicular household.

The problem has gotten so large in some regions that parking areas have been designated for people who live in their cars to sleep. “Cars are the new homeless shelters,” says Joel John Roberts, CEO of PATH (People Assisting the Homeless) Partners, the largest services provider for the homeless in Los Angeles County.

No real statistics exist on this issue, because the U.S. Census Bureau does not take the vehicular homeless into account, so Roberts did some research of his own. He found that in Hollywood, CA alone, 151 of the 748 homeless people that were counted lived in their cars. He says that “In my 19 years of doing outreach, I have never seen such a spike in numbers like the one in the past 18 months.”

Many of the families spending nights in their vehicles are a result of major heath issues or continual unemployment. Some, however, are the result of divorce, like a man PATH outreach director Rudy Salinas encountered. Sleeping beside his work uniforms, this man spent his evenings in a supermarket parking lot, because he couldn’t afford to support his wife and himself separately.

Some people, like Fuller, have been living in a car for so long it becomes normal. Her family has developed a routine that includes laundry mats to clean clothes, convince store microwaves for hot meals, and school libraries to facilitate homework time.

It may seem simple to those of us who have beds to sleep in at night to get out of this situation. Finding a steady job should make rent payments manageable. But with landlords unwilling to rent without references, and long waiting lists for government housing, it becomes a much bigger hurdle. Travel to other regions is generally too expensive, and can create other problems like getting kids into a new school system.

With no economic improvement it seems this problem will continue to grow. Many of us are experiencing hardships, but there is always a way we can help others. Doing even just a small part will always have an impact.