While many sports car enthusiasts may be happy to hear this, treehuggers may shed a tear or two. Sales of the top-selling hybrid since 1997 – the Toyota Prius – have declined 9.4 percent through Oct. 2011 from a year ago.

Worry not though nature lovers. Toyota says that sales of the Prius will rebound with increased inventory, rising gas prices and new Prius models.

“When Toyota is 70 percent of the market and we had to stop Prius production for almost 90 days, it should be no big shock to anybody that the overall hybrid sales volume dropped this year,” said Jim Lentz, president of Toyota’s U.S. sales unit. “It wasn’t due to lack of demand. It was lack of supply.”

Starting as early as later this year, the standard Toyota Prius will be joined by the Prius V and the Prius Plug-in Hybrid. Toyota says the additions to the Prii lineup will help boost sales recovery in 2012. 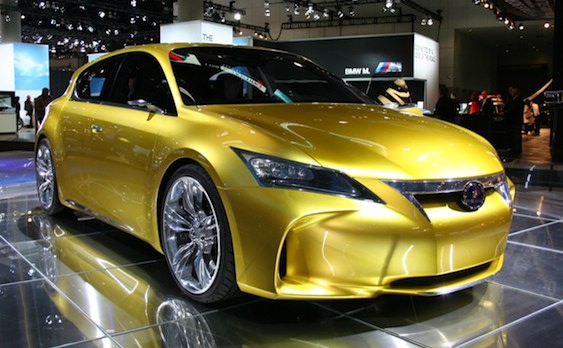