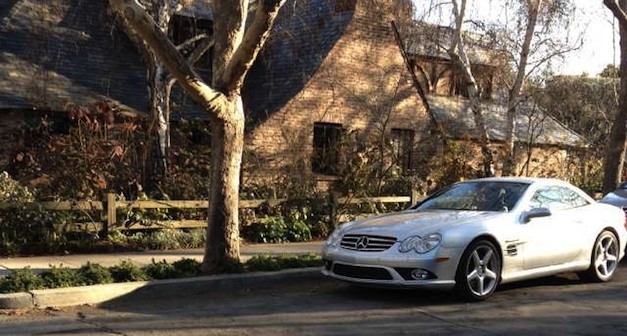 Steve Jobs, who passed away earlier this month, was a man that loved to live by his rules. Despite his innovative creations at Apple, Jobs liked to leave certain things in his life the way they were – such as his famous black turtleneck, jeans and New Balance sneakers. Apparently, the same went for Jobs’ ride.

Jobs became well know for being seen driving a silver Mercedes-Benz SL55 AMG with no license plates. Rumor had it that Jobs didn’t care about paying the fines or had obtained a special permit to drive without displaying a number. But that’s not the case.

A former Apple executive told iTWire.com that Jobs found a loophole in California vehicle law to legally drive without license plates. What loophole? In California, an owner of a vehicle is exempt from displaying a plate during the first six months of ownership.

Jobs struck a deal with a leasing agency and dealer that would allow him to trade in his silver Mercedes-Benz SL55 AMG before the deadline, ensuring he wouldn’t break the law. Every 6 months, Jobs would receive an identical new silver SL55 sports car.

Bugatti Veyron with 874 miles for sale on Craigslist

December 10, 2008 Omar Rana Comments Off on Bugatti Veyron with 874 miles for sale on Craigslist