At the 2011 Geneva Motor Show earlier this year, Audi surprised the world with the new A3 Concept, a production version of which is expected to debut at the 2012 show.

Power for the quattro all-wheel-drive Audi A3 Concept comes from a 2.5L 5-cylinder turbocharged FSI gasoline engine making 408-hp and a peak torque of 368 lb-ft. Mated to a 7-speed S tronic automatic transmission, the A3 Concept runs from 0 to 62 mph in 4.1 seconds with an electronically governed top speed of 155 mph.

Pretty exciting right? While we’re not sure it will come like that in production-spec, a new report suggests that the A3 will indeed be offered in at least four body styles. Why? Well, because BMW is doing it with the 1 Series and Mercedes is going to be offering many variants of the new A-Class.

The production Audi A3 will be based on Volkswagen Group’s new MQB modular platform architecture, making the possibility of other A3 variants a no-brainer.

According to Audi’s chief designer Stefan Sielaff, the A3 will be offered in four body styles including a Coupe, Convertible, Sedan and a five-door sportback.

November 10, 2011 Alexandra Comments Off on Production Mitsubishi Mirage to debut in Tokyo 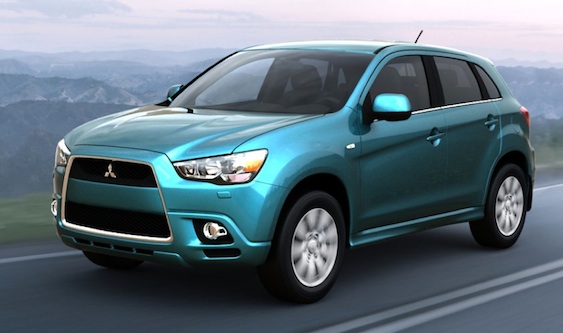