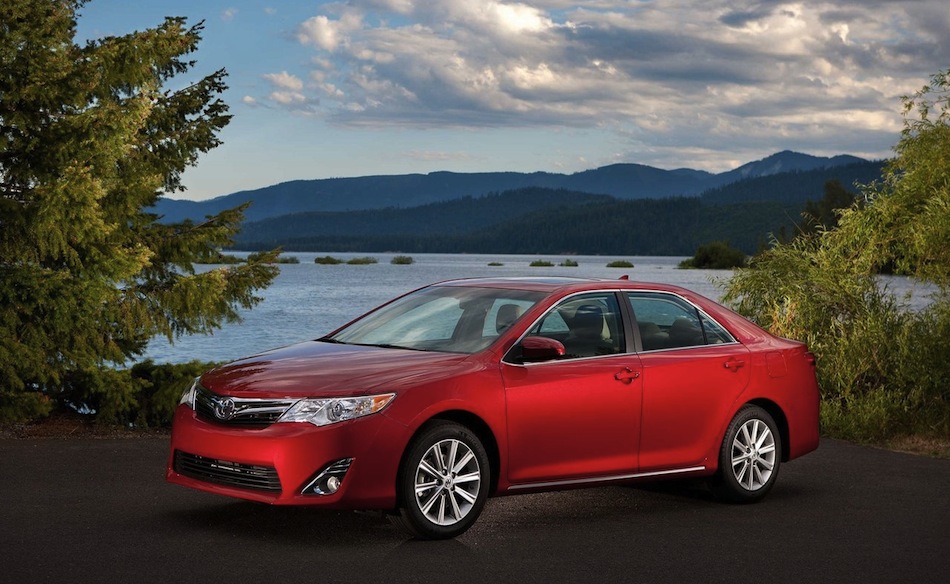 Moving Forward is still Toyota’s slogan, but many folks added “even when you don’t want it too” out loud or in their heads in the context of the Camry and Prius; yesterday Toyota introduced a new slogan and campaign for their new Camry: “It’s Ready, Are You?” The campaign capitalizes on technology found in the 2012 Camry, a base of 7 million US owners and recent NASCAR heritage.

Toyota built a website for current camry owners to swap car stories, attempting to capture the energy behind a car that connects these owners; more conventional social media presence is significant too. As for their TV spot, Toyota has ads during AFC/NFC Football, the Superbowl, the World Series and “Two and a Half Men.”

Click here for our first drive of the 2013 Toyota Camry.

Visible to the largest number of people most likely is the “Built” commercial, which initially seems to be an advertisement for Apple’s Siri in its mimicry of voice activated everything, though there is no association between Toyota and Apple. There is humor too, as the driver asks for his dog to be enlarged. Safety (10 airbags) and fuel economy (43mpg should you choose to throw down $4,000 more for the hybrid), are highlighted after the hard core tech is finished. Two telling signs which are typical of Camry ownership though come through: for two seconds in the commercial, the driver actually smiles and for two seconds they give a broad angle of the car’s mind-numbing exterior.

Toyota isn’t trying to fool prospective customers into thinking that the car will put a smile on their face, or that it has even a lick of personality: they know that 7 million people don’t mind a beige car and that the market for such things is very much alive and kicking in today’s economy. Toyota knows Honda for years and now, Volkswagen are very interested in a big piece of this market and Toyota isn’t willing to give it up.

Ford’s global mid-size car will be built on the Mondeo platform, will replace Fusion in the U.S.