As history tells us, Datsun was Nissan before they became Nissan. Back then, they produced some very famous cars such as the Datsun 510 (or the 1600 as it was called in the US), which received the nickname for being the “poor man’s BMW.” But most of all, they spawned the “Z” sports coupe—a car that back in the day took the world by storm and has since spanned nearly four decades.

But Datsun has since been phased out since 1986 and now, rumor has it that Nissan may “extend its ownership rights of the Datsun name.” And that means bringing it back with a brand spankin’ new logo.

Word is that if Nissan reintroduces the Datsun nameplate, it could be a sub-brand for Nissan. And I could already see where this is potentially going. Datsun has the potential of being a more focused brand, like something seen from Toyota and the creation of Scion. To support this theory even more, Datsun has a strong enthusiast following around the world as many of their cars are still used in the world of motorsports.

The idea of reintroducing Datsun comes from Nissan’s “Power88” plan, where they said they will release a new model every six weeks for the next six years.

“We are looking at various brands and the option to acquire various brands for use in the future, should we want to. We need to make sure that we own the Datsun name,” said a Nissan spokesperson. “If we were to use it, Datsun would most likely be a brand for large, developing markets such as Russia and China.”

Only three Zenvo ST1 supercars coming to the United States

November 22, 2011 Omar Rana Comments Off on Only three Zenvo ST1 supercars coming to the United States 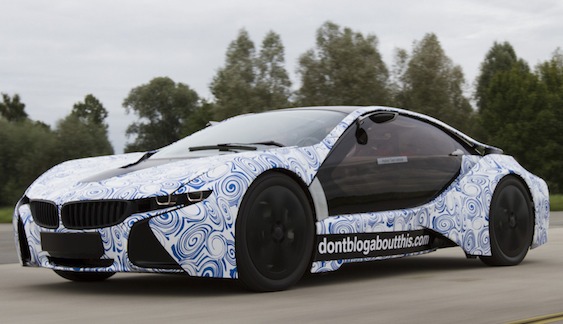