Here is first time that a BMW inline six has been mated to a BMW ActiveHybrid system – meet the 2012 BMW ActiveHybrid 5. Based on the BMW 535i Sedan, the ActiveHybrid 5 puts together BMW’s 3.0-liter TwinPower Turbo inline 6-cylinder engine, an electric drive system and an 8-speed automatic transmission for the first time.

The 3.0-liter engine, which develops 300 hp and peak torque of 300 lb-ft, is mated to a 55-hp (155 lb-ft of torque) electric motor with power supplied by a lithium-ion battery housed in the trunk. Combined the system puts out a total of 335-hp.

The BMW ActiveHybrid 5 go in all-electric mode up to a speed of 37 mph for zero emissions in town. The lithium-ion high-voltage battery has the capability to store enough energy to give an all-electric driving range of up to approximately 2.5 miles at an average speed of 22 mph. 0 to 60 mph comes in just 5.7 seconds.

Fuel-economy details and prices will be announced closer to launch date. The 2012 BMW ActiveHybrid 5 will go on sale in the United States in March 2012.

Check out the press release after the jump for more details and make sure you check out the high-res gallery by clicking on one of the thumbnails above.

The 300 hp inline six with BMW TwinPower Turbo technology in the BMW ActiveHybrid 5 is the same engine renowned for its free-revving capability, pulling power and efficiency in the BMW 535i. The electric motor develops 55 hp and is supplied with energy by a high-performance lithium-ion battery housed in the trunk.

A harmonious blend of power from the two drive systems ensures that the
BMW ActiveHybrid 5 boasts not only the sportiest performance in its market segment but also a double-digit percentage improvement in fuel economy over the BMW 535i based on preliminary results. Its full-hybrid drive system enables driving on purely electric power which means emission-free driving in urban conditions.

In order to fully exploit the potential of the BMW ActiveHybrid technology, the power electronics in the BMW ActiveHybrid 5 use a host of technologies to ensure the drive system runs at peak efficiency. The high-performance lithium-ion battery is charged when the car is coasting or braking. The electric motor acts as a generator feeding energy into the high-voltage battery. By contrast, under acceleration the electric motor takes on a boost function. Here, it assists the inline six by generating an extra burst of power, lending the sedan’s sporty driving character a noticeably sharper edge.

Integrated into the standard Driving Dynamics Control is an ECO PRO mode. It provides a relaxed and fuel-efficient driving style by tailoring the driving systems for maximum efficiency, including making more frequent use of all-electric mode.  In ECO PRO mode, the combustion engine can be switched off and fully decoupled while coasting at speeds of up to 100 mph (160 km/h). This coasting mode combines comfortable driving with optimum utilisation of the kinetic energy already generated. To avoid periods with the engine running at idle – at traffic lights or in stop-and-go traffic, for example – the BMW ActiveHybrid 5 is equipped with a hybrid start-stop function. Plus, the power electronics in the BMW ActiveHybrid 5 are linked up with the standard navigation system. This allows proactive analysis of driving conditions based on the selected route. This enables the drive components to be primed to deliver maximum efficiency (the effect may vary according to the quality of the available navigation data). All the hybrid-specific components of the drive technology and energy management systems have been developed specially for use in the BMW ActiveHybrid 5.

This is the first time that a BMW inline six has been mated to a
BMW ActiveHybrid system. The 3.0-liter engine, which develops 300 hp and peak torque of 300 lb-ft, has won the international Engine of the Year Award two years running. The BMW TwinPower Turbo technology of the six-cylinder engine combines a twin-scroll turbocharger, High Precision Direct Injection, Double VANOS variable valve timing and VALVETRONIC intake control.

The synchronous electric motor of the BMW ActiveHybrid 5 is integrated into the housing of the eight-speed automatic transmission, saving space. The interplay between the electric motor and gearbox is controlled by a clutch.  The motor’s operating temperature is regulated by the combustion engine’s cooling system. The electric drive system develops 55 hp and makes 155 lb-ft of torque available from rest. The motor is supplied with energy by a high-performance lithium-ion battery, specially developed for the BMW ActiveHybrid 5. The high-voltage battery is encased in a special high-strength housing and positioned between the wheel arches in the trunk, providing it with optimum protection. It consists of 96 cells, has its own cooling system and offers usable energy capacity of 675 Wh.

The BMW ActiveHybrid 5 has both a conventional 14-volt power supply and a high-voltage supply with an operating voltage of 317 volts. They are linked by a voltage transformer which ensures that maximum electric energy can be used to enhance driving dynamics and comfort in any operating phase. Like the electric motor, the air conditioning compressor is also fed with power from the lithium-ion battery exclusively via the high-voltage supply. This ensures a pleasant interior climate, even when the combustion engine is switched off – i.e. when the car is at a standstill, operating purely on electric power or in coasting mode. In addition, the stationary climate control function can be used to cool the interior before the engine is started.

The BMW ActiveHybrid 5 can operate in all-electric mode up to a speed of 37 mph (60 km/h), for zero emissions in town. The lithium-ion high-voltage battery can store sufficient energy to give an all-electric driving range of up to approximately 2.5 miles (4 km) at an average speed of 22 mph (35 km/h).

The internal combustion engine is only started when the driver requires more power: it is then engaged automatically. The electric motor provides a “boost” function to supplement the engine when accelerating. Maximum combined power is 335 hp (DIN), with maximum torque of 330 lb-ft. Under combined internal combustion/electric power, the BMW ActiveHybrid 5 delivers a 0 to 60 mph in 5.7 seconds (preliminary).

The specially designed Hybrid Auto Start-Stop function provides seamless operation when the vehicle is stopped in traffic – after the internal combustion engine is shut-off, the automatic climate control continues to run off the lithium-ion battery. When the driver releases the brake, the vehicle will restart on either the electric motor alone or the electric motor and the inline six, depending on the high-voltage battery’s current charge level and on how much power the driver wants.

The advanced power electronics coordinate the operation of the internal combustion engine and electric motor proactively based on the selected driving route for even more efficient energy management in the BMW ActiveHybrid 5. The power electronics are integrated with the standard navigation system, which means they can access and analyze data indicating changes in certain road conditions based on the route ahead, or driver requirements. From this analysis, all powertrain systems and the on-board electronics are managed appropriately so that energy can be used as needed or stored in preparation for what is coming up in order to make the most efficient possible use of the available energy.

Factors that may cause a change in powertrain operating strategy include the topography of the route and speed limits. For example, if the selected route indicates that a hilly stretch is coming up soon, the BMW ActiveHybrid 5 can invest all the high-voltage battery’s electrical energy in providing supplementary driving power for the up-hill without concern about depleting the battery,  knowing that the battery will be recharged “at no cost” during the subsequent descent. On longer downhill sections the electric motor’s generator function can be enlisted to recharge the high-voltage battery with no loss of speed. The operating strategy can also be managed so as to ensure that the high-voltage battery is as fully charged as possible when nearing the end of the journey, thereby increasing the potential electric driving range in anticipation of lower driving speeds.

The operating status of the powertrain components is shown in displays, unique to the ActiveHybrid 5, in the instrument cluster and in the Control Display. As well as the energy flow and energy recuperation display, these include an additional gauge next to the tachometer which shows the boost effect being provided by the electric motor during acceleration. A display in the iDrive interface provides a variety of information – for example on the battery’s current charge level and the power-sharing between the internal combustion engine and the electric motor during the course of a journey.

The hybrid-specific safety features, which protect the high-voltage lithium-ion battery and the power electronics, are integrated into the BMW 5 Series’ existing active and passive safety systems. In a collision, high-strength structural components and large deformation zones help to keep impact forces away from the passenger cell and also from the hybrid drive components. Other standard safety systems on the BMW ActiveHybrid 5 include front and side airbags, side curtain head airbags for front and rear passengers, three-point inertia-reel belts on all seats, belt force limiters and belt latch tensioners on the front seats and ISOFIX child seat attachments in the rear. BMW Assist includes enhanced Automatic Collision Notification. In the event of a collision severe enough to cause an airbag to deploy, eACN immediately calls the emergency call center from the car’s embedded phone. It not only transmits the car’s location but also an assessment of the risk of severe injury to the people inside, based on a ground-breaking injury assessment algorithm. This assessment is provided to first responders before they even arrive at the scene.

In the BMW ActiveHybrid 5 the standard Driving Dynamics Control switch offers not only Sport+, Sport and Comfort set-ups (as well as Comfort+ mode if the optional Dynamic Damper Control is specified), but also the ECO PRO mode. As an alternative to the standard 8-speed automatic transmission, an 8-speed sport automatic with faster shift times is available.

To further enhance comfort and individuality, the standard 4-zone automatic climate control and Navigation System can be supplemented by options such as active seats, front ventilated seats, Comfort Access, the Smart Opener for the trunk, and high-end audio and rear entertainment systems.

BMW ActiveHybrid 5: The only hybrid that is also a BMW 5 Series.

The BMW ActiveHybrid 5 features newly developed hybrid components that are combined with a BMW TwinPower Turbo inline six for the first time, and innovative functions for improved efficiency as well as driving enjoyment. At the same time it broaches yet another market segment, taking BMW’s hybrid development work another step forward.

The BMW ActiveHybrid 5 arrives at US BMW centers in March 2012. 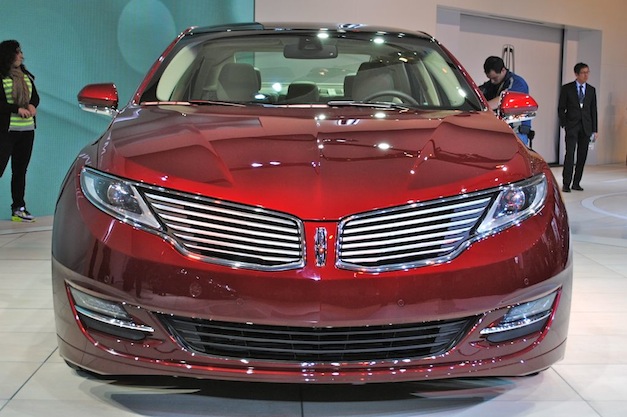 Report: Lincoln to use multiple design strageties for future lineup

Rumor: Acura RSX sedan to be based on Civic platform for 2014 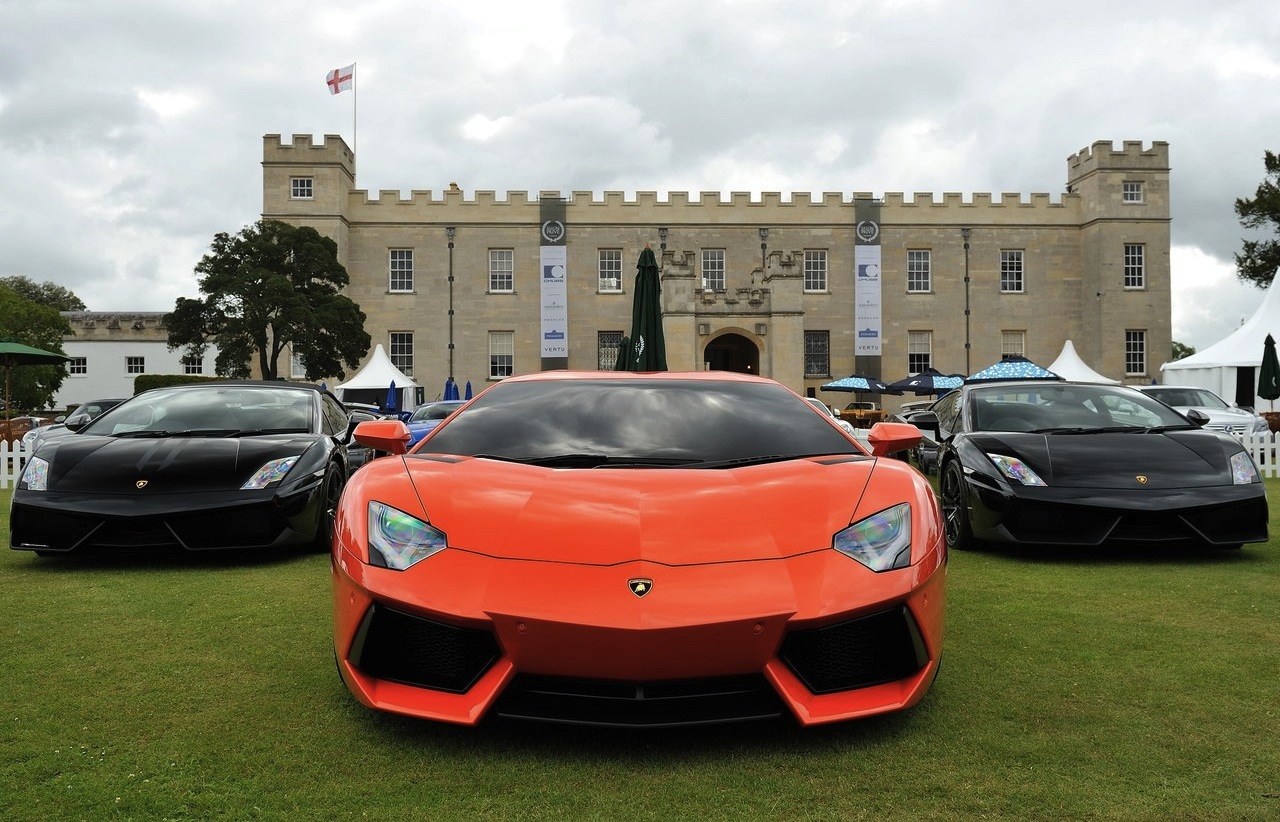