The next 2013 Chevrolet Malibu is shaping up to be a very important car for General Motors, not just in the US of A, but else where in the global market. For the first time ever, the Chevrolet Malibu will be the first ever to carry the Malibu name off-shore. That said, the General is sure enough not to forget offering a diesel powered Malibu.

In a recent press release, the Detroit automaker mentioned that the European Malibu will come with an option for an oil burner. Whether it will come to the US however is still up for debate. Because the Chevrolet Cruze is getting a diesel engine here in the US, it makes us wonder if GM will follow suit with the Malibu.

GM’s Product Communications Manager for the Malibu project, Dave Darovits, said that there are no plans to offer a diesel version of the Malibu in the US as of now.

The diesel engine being fitted to the Malibu is a 2.0L turbodiesel four-banger that’s good for 164hp and 258 lb-ft of torque. The Cruze diesel will get a slightly reworked engine for the US. It will still displace 2.0L, but is expected to produce 164hp and 265 lb-ft of torque, according to GM in their announcement of the Cruze diesel.

Despite the lack of promising news for the Malibu diesel, the absence of an oil burning Malibu means that Chevrolet doesn’t have a truly direct competitor to the Passat TDI, which is said to be capable of going 800 miles on one tank and is being launched very soon. To make the discussion more interesting, the observable decrease in build quality with VW’s latest efforts—i.e. the US specified Jetta and even the Passat—along with the buzz of GM pushing to make the Malibu a world-class leader in its segment makes the Malibu seem very promising. That said, the Malibu has the potential of being a segment leader. Let us hope that they change their mind about a Malibu diesel. 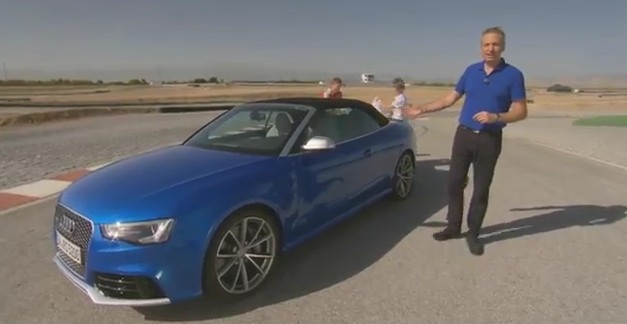 Video: Listen to the 2013 Audi RS5 Cabriolet make some noise

September 7, 2012 Omar Rana Comments Off on Video: Listen to the 2013 Audi RS5 Cabriolet make some noise