Since the 1970s, car manufacturers realized that by catering to younger markets, they could build up a strong customer base as the buyers got older and graduated to the more expensive offerings. However, some of the results of these offerings, especially from America, have turned out to be rather terrible. For example, I am sure a good bunch of you older readers remembers when Cadillac tried to pitch the Cavalier-based Cimarron to younger buyers. But we are at a different time and Cadillac is doing well to pitch to slightly younger buyers by offering the awesome CTS with the BMW 3-Series contending ATS on the way.

All of that said, a new study conducted by TrueCar.com analyzed the buying habits between 2009 and 2010 and found that majority of buyers under the age of 27 are still opting for foreign cars. Looking at the contextual details, this should come to no surprise.

Because I myself am under the age of 27 and I can’t remember a time when I truly wanted an American automobile. While my respect for Detroit’s “Big Three” is in their final come around to making decent automobiles, I still stand strong with my notion that they have a long way ago. I have mentioned this in my last editorial that was more patriotic.

During my times of growing up, I was raised around a modicum of foreign cars. Even though my family had a second-generation Ford Taurus wagon, Ford Windstar and a Chevrolet Tahoe, my parents still stuck with a couple Lexus’, a few BMWs (to this day even), a Volvo, an Acura, an Infiniti…ok you get the idea. Just like everyone else my age, I’ve grown up in a period when the foreign manufacturers were at their peak. While my parents, superiors and elders had big, old-fashioned American chrome and muscle to aspire to, my generation had the Mazda RX-7 and RX-8, the Toyota Supra, BMW M3, Honda Accord and Civic, Volkswagen Golf/GTi and Jetta, Genesis Coupe, Scion tC, the Nissan 350Z—the list goes on and I think you can see the pattern. The only domestic cars that may have twisted my insides are the same ones my parents grew up around: the proverbial Chevrolet Camaro and Corvette, Ford Mustang, Dodge Challenger and Charger, the Australian Pontiac GTO and G8, and more recently the late Chevrolet Cobalt SS—but not even.

TrueCar.com themselves found that the younger generations have resorted to foreign cars for their aftermarket customization abilities, decked out standard options list, unique looks, but most of all their cheap initial purchase price and cost to run (such as fuel consumption and reliability). Some of these examples include the Scion tC, Honda Civic Si, Volkswagen GTi and Hyundai Genesis Coupe.

Sure, there may be promising news that the American manufacturers are doing better to cater to younger buyers and some of TrueCar.com’s statistics prove this. Earlier in the week, the research website found that the Chevrolet Cruze managed to outsell the Toyota Camry. And both the Ford Focus and Fiesta are sparking interest from “youth followings,” which can probably be attributed to media campaigns from the likes of the WRC and Ken Block and his Gymkhana Monster-sponsored Ford Fiesta WRC. This is all grand and fine, but there are still a couple things that I think the American manufacturers still need to address.

Having driven the aforementioned Chevrolet Cruze, it is outrageously—far and above—better than the outgoing Chevrolet Cobalt model. It’s well-equipped, drives decently and is actually not poorly assembled like the Cobalt before it. But to me, buying a Chevrolet Cruze still hints that I would be buying second best. I say this because a lot of the younger people considering the compact segment want something far sportier, which the Chevrolet Cruze is not. Prior to leasing my Honda, I considered the Chevrolet Cruze because of how surprised I was by it. But the lack of a more powerful motor, a manual transmission and driving characteristics that favor economy and refinement more than performance left me unsatisfied. Of course, I could have opted for a Chevrolet Camaro. But being a young individual, riding around in one of the few appealing American offerings—such as the Camaro and Mustang—would all result in astronomical insurance prices, which nobody my age wants to deal with.

Then there is the situation with Buick. Now, I do recognize that the Opel Insignia-based Regal and LaCrosse are far better than any modern Buick. Not to mention, the new Regal GS definitely has my attention and has the potential to get buyers on the older side of the Generation Y spectrum interested. But the lack of an engine that’s larger than a four-banger for a performance model of its caliber leaves something very much to be desired. Most of all though, the biggest problem is with the badge and the name: Buick.

Again, since we’re on the topic of buyers younger than the age of 27, nearly all of us view Buick as cars for old people, plain and simple. Looking back at the Buick’s past, I, much like everyone else around my age, never paid any attention to Buick because well, just look at what they made in the 1990s and 2000s and who drove them. And even if you had to pick and choose a Buick that actually made a lasting impression for us generation of car buyers, the only one that comes to mind is the last Grand National and even then, you’d have to have been growing up in the 1980s to realize what it was. The point being, I think the death of Pontiac in favor of expanding Buick was a big mistake.

I say that because Pontiac was always referred to as the sporting brand of General Motors and featured famous nameplates such as the GTO and the Firebird. That said, I don’t get how General Motors could allow a name like the Pontiac GTO fall permanently into the pages of history while they reintroduced the Chevrolet Camaro with much success. The GTO was genesis; it was the father to all muscle cars. The Mustang, Challenger, Charger, Camaro etc. would not have existed without John DeLorean’s creation. In fact, I would even go as far as calling the Pontiac GTO, America’s Jaguar E-Type.

Altogether, Pontiac is by far, more recognized in our generation than Buick is because we had the opportunity to grow up with cars like the Firebird/Trans Am. Not to mention, Pontiac started to turn things around when they reintroduced the GTO in 2004 as a rebadged Holden Monaro. Sure, its design wasn’t traditional to the original GTO and was a bit pedestrian, but it still was rear-wheel drive, had a Corvette engine and two doors and could run with an M3 for quite a bit cheaper. And don’t forget about the Pontiac G8, or rebadged Holden Commodore, that posed as a serious threat to the standard-setting BMW 5-Series.

Point being, despite America’s auto brands being on the right paths to success, there is plenty of work that needs to be done to help reinvigorate the brand’s image and it seems like Chrysler and General Motors still need to find better ways to attract young buyers. Focusing on economy, efficiency and kindliness to the environment are all fine, but these shouldn’t be the only goals; I’d like to see these lines take on a more appealing level of youthful sportiness, which is what has our generation continuously chasing the foreign offerings. Keep on workin’ America. 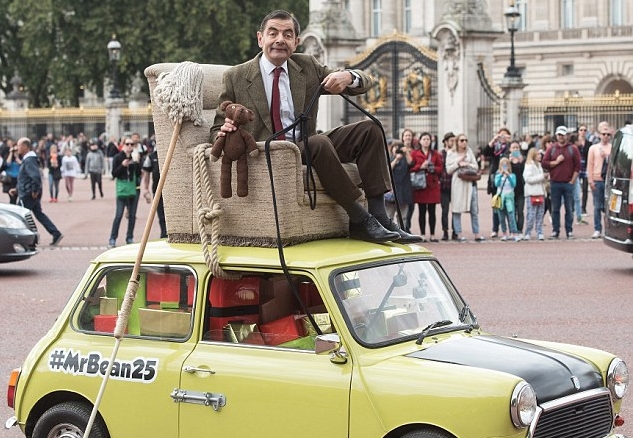 Video: Mike Ryan shows how to drift in a Semi Truck

October 2, 2011 Omar Rana Comments Off on Video: Mike Ryan shows how to drift in a Semi Truck