Hyundai has just confirmed that the next generation Hyundai Genesis will receive an option for all-wheel drive, after seeing that nearly half of BMW sedans in the US are ordered with AWD.

“We do have a plan to fix that (the current lack of an AWD option for the Genesis sedan) with the next major model change,” said Hyundai’s CEO, John Krafcik.

Additionally, since the new 5.0L V8-powered R-Spec model has just been released, a source within Hyundai said that the offering of two distinct V8s—the standard 4.6L and the top-end 5.0L—is an “unusual practice.” Hyundai has an initiative to simplify the number of buildable configurations, mostly to keep customers from getting confused, something that we’ve seen with other cars such as Volkswagen and Chevrolet.

It is unconfirmed, but the source said that the next generation’s Genesis may consolidate its V8 options by offering only a 5.0L Tau V8, but one that is detuned for the base V8 model and one that is the normal 5.0L Tau V8 found in the current Genesis R-Spec. 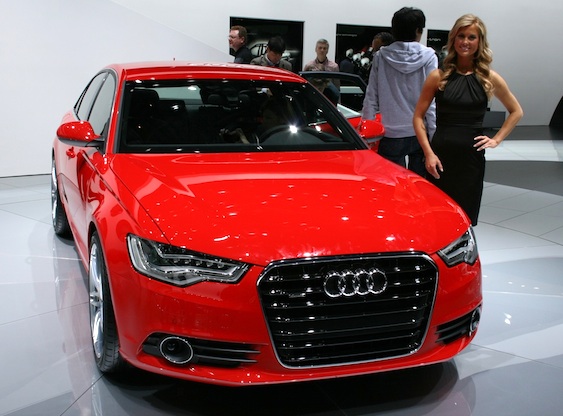