About a month ago, Honda launched a new microsite with a picture of a tunnel with text reading ‘An all new CR-V is coming’ and here it is – well, at least in concept form.

What you’re looking at is the first picture of the new Honda CR-V Concept hinting to us what the next-generation model of the crossover will look like when it hits dealerships in late 2011. Keep in mind, Honda is well known for showing concepts that are just ‘souped’ up versions of the production car. That means that the next-generation CR-V will look very much like the picture you see here.

Click here for more news on the Honda CR-V.

“The 2012 CR-V Concept introduces the exterior styling for the more sophisticated and dynamic design of the upcoming production model,” said John Mendel, executive vice president of sales for American Honda. “Long considered the benchmark for packaging and user-friendly design in the small SUV segment, the all-new CR-V will offer an added dimension of style, amazing interior versatility and Honda’s latest technologies for convenience and refinement.”

What we don’t expect to change on the next-generation CR-V is the powertrain option. Honda will most likely continue with the current 2.4 liter 4-cylinder engine making 180-hp and 161 lb-ft of torque.

The 2012 Honda CR-V Concept provides the first official glimpse of the styling direction for the all-new, fourth-generation CR-V set to go on sale in the United States by the end of the year, American Honda Motor Co., Inc., announced today.

The CR-V Concept embraces a distinctive and bold styling direction for the top-selling1 SUV in the United States. Compared to the current-generation CR-V, the concept model takes on a more aggressive stance with deeper sculpting of the body lines and a bolder front fascia. The front bumper’s smooth-flowing lines are highlighted by a horizontal three-bar grille and deeply set multi-reflector headlights. The lower front bumper wraps smartly upward to convey SUV capability with a generous approach angle, while the lower front bumper design now integrates more smoothly with the fascia for improved aerodynamics.

The CR-V’s signature vertical rear taillights remain for 2012 with a more three-dimensional style that wraps further into the design of the vehicle. The CR-V Concept’s large 5-spoke machined alloy wheels and bold fender flares emphasize the vehicle’s dynamic presence and capability.

The all-new 2012 CR-V will improve upon the current model in a variety of ways, and will feature a more fuel-efficient engine and reduced body weight. In addition to all-new exterior styling, the 2012 CR-V will have an all-new interior with a more accommodating and spacious design with a lower cargo floor.

Currently in the fifth year of its model cycle, the CR-V continues to sell at a record pace. The 2011 CR-V was among the highest-ranked vehicles in its segment for initial quality in J.D. Power & Associates’ 2011 Initial Quality Study (IQS), where it finished second to the Honda Element in the compact SUV segment. The CR-V is sold globally in more than 160 countries throughout North America, South America, Europe, Asia and Africa. In the U.S., CR-V is manufactured in Ohio at the East Liberty Auto Plant of Honda of America Manufacturing, Inc., using domestic and globally sourced parts. The East Liberty Auto Plant earned a Silver Award for outstanding quality in the recently released J.D. Power 2011 Initial Quality Study. The 2012 CR-V Concept will be on display at the Orange County International Auto Show in Anaheim, California, in September. 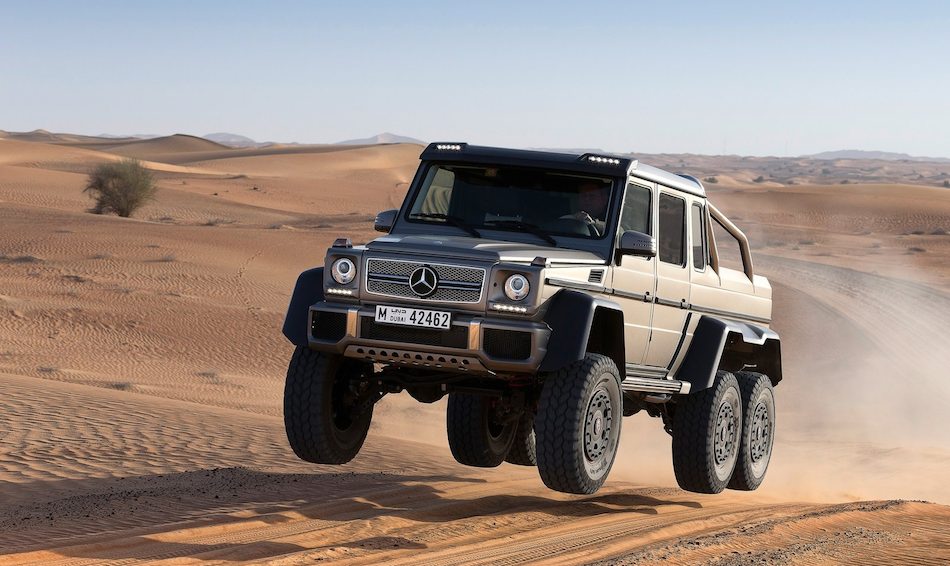 Video: Mercedes-Benz tells us exactly what this six-wheeled Gelandewagen is, and it’s epic

March 18, 2013 Omar Rana Comments Off on Video: Mercedes-Benz tells us exactly what this six-wheeled Gelandewagen is, and it’s epic 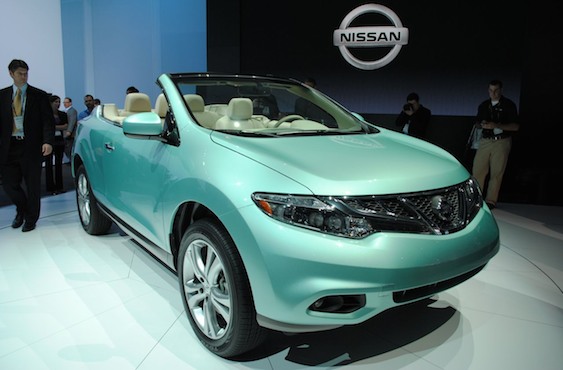