I know some of you Batman fans will love this one. Over the years, we’ve seen a number of replicas of the infamous Batmobile pop up. Some were actually fully functioning with modern day engines and tech. But this one is a little different.

So there’s this man. And one day, he decided that he wanted his own Batmobile to come home to, but not one that is pretentious, like the others. This man’s name is Casey Putsch of Putsch Racing, a restoration and design firm. Upon this thought, he bought a jet engine.

Yes, it’s a big’ol Boeing turboshaft turbine engine taken from a decommissioned naval drone helicopter. And then, Mr. Putsch slapped on his own bodywork and the result is a Batmobile frome th the 1990s era. Power is rated at 385-hp while the vehicle itself only weighs in at 2,800lbs—not a bad power-to-weight ratio, considering it’s a Batmobile.

The outside isn’t the only thing that’s tricked as well. Step inside and you can feel like this car was truly made from the modern day equivalent to Wayne Industries—like its center console-mounted Apple iPad integrated multi-info display. Pretty neat stuff.

Grab a look at Putsch’s work by hitting the jump. 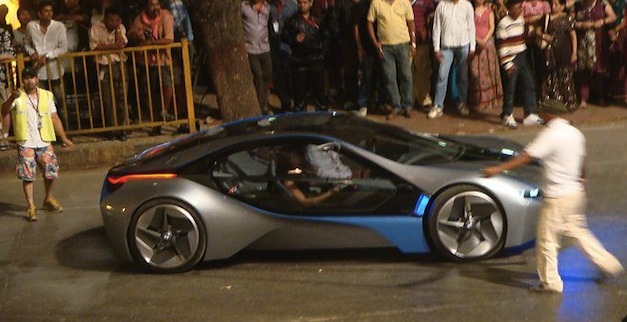 BMW i8 spotted in Mumbai during Mission Impossible 4 filming

Video: Catch a glimpse of the BMW i8 in the Mission Impossible Ghost Protocol trailer

June 29, 2011 Omar Rana Comments Off on Video: Catch a glimpse of the BMW i8 in the Mission Impossible Ghost Protocol trailer