While we still have yet to get the BMW X1 in the U.S. market, the X1 sDrive20d EfficientDynamics Edition has just been unveiled as a more fuel-efficient option for European buyers.

The engine was designed for those who think green. It comes with a 2.0-liter four-cylinder diesel motor, equipped with a TwinPower Turbo, producing 161-hp at 280 lb-ft of torque.

The X1 gets another set of modifications in addition to the EfficientDynamics Edition, with a petrol version with the same displacement and TwinPower Turbo. This one will move at 181-hp at 199 lb-ft of torque, but doesn’t save on the fuel and emissions expenditure the same.

The BMW X1 – unique in the premium segment and now even more efficient.

Munich. The BMW X1, the very first and still the only premium vehicle in its segment, continues to extend its pioneering position in the field of fuel efficiency. In the autumn of 2011, the model diversity across the range of the compact all-rounder will be complemented by the BMW X1 sDrive20d EfficientDynamics Edition. This model, which was systematically designed to provide driving pleasure simultaneously combined with reduced fuel consumption and emission levels, is powered by a 120 kW/163 hp four-cylinder diesel engine featuring BMW TwinPower Turbo technology. With an average fuel consumption of 4.5 litres/100 km and a CO2 emission level of 119 grams per kilometre it achieves best marks for efficiency in a BMW X model. Furthermore, from the autumn of 2011, a newly developed four-cylinder petrol engine with BMW TwinPower Turbo technology will be available for the BMW X1. The 135 kW/184 hp power unit also sets new standards in the reduction of fuel consumption and CO2 emissions within its performance class, with values ranging from 7.1 litres and 165 grams for the BMW X1 sDrive20i and 7.7 litres (automatic: 7.6 litres) and 179 grams (177 grams) for the BMW X1 xDrive20i.

Furthermore, the BMW X1 sDrive20d EfficientDynamics Edition features newly conceived insulation technology for reducing engine noise that is perceptible inside the vehicle. The noise optimisation measures will be deployed as from the autumn of 2011 in all further diesel versions of the BMW X1.

The petrol engine variants of the BMW X1 also present themselves as pacesetters for ever-increasing driving pleasure combined with optimised efficiency. The BMW X1 xDrive28i is now being followed by further models featuring a new generation of four-cylinder combustion engines with BMW TwinPower Turbo technology. The technology package featured on the 2-litre four-cylinder power unit for the BMW X1 sDrive20i with rear-wheel drive and the BMW X1 xDrive20i with intelligent four-wheel drive comprises a supercharging system according to the Twin Scroll principle, the direct injection system High Precision Injection and variable valve control VALVETRONIC. This combination guarantees not only spontaneous response and sporty power delivery even in the higher load ranges, but also favourable fuel consumption that is outstanding for petrol engines in this performance class.

Maximum power output of the new engine is 135 kW/184 hp, which is made available between 5 000 and 6 250 rpm, whilst maximum torque of 270 Nm is achieved between 1 250 and 4 500 rpm. Thanks to its supreme pulling power and sporting performance, the BMW X1 sDrive20i accelerates from 0-100 km/h in 7.4 seconds and the BMW X1 xDrive20i in 7.8 seconds. Average fuel consumption of 7.1 litres/100 km as per the EU test cycle and a CO2 emission level of 165 grams are applicable to the BMW X1 sDrive20i both in conjunction with the standard six-speed manual gearbox as well as with the optional eight-speed automatic transmission. The BMW X1 xDrive20i achieves an average fuel consumption of 7.7 litres/100 km (automatic: 7.6 litres) and a CO2 emission level of 179 (177) grams per kilometre. The standard BMW Efficient Dynamics technology package featured on both models comprises in addition to brake energy regeneration and on-demand control of ancillary components also the Auto Start Stop function and the gear-shift point indicator for vehicles with manual transmission as well as electromechanical power steering on the BMW X1 sDrive20i.

With the introduction of the new engines, the drive portfolio of the BMW X1 will increase in the autumn of 2011 to a total of three petrol and four diesel power units with a power output spectrum ranging from 105 kW/143 hp to 180 kW/245 hp. All told, there is a choice of ten model variants, five of them featuring characteristic BMW power transmission to the rear wheels and five with the electronically controlled four-wheel drive system xDrive.

The entry-level model from the BMW X family attains additional appeal through optimisation of the suspension technology as well as an extended range of optional equipment. The standard stability control feature DSC (Dynamic Stability Control) has been supplemented on the rear-wheel drive diesel models by the dry braking and fading compensation functions. The models BMW X1 sDrive20i, BMW X1 sDrive28i, BMW X1 xDrive20i, BMW X1 xDrive28i and BMW X1 xDrive20d are equipped in addition with the brake stand-by function and a hill-start assistant. The BMW Individual roof rail system High Gloss Shadow Line will also be available in future as an individual option and thus not only in conjunction with the M Sport Package for the BMW X1. Moreover, the optional range of BMW ConnectedDrive features will be supplemented as from the autumn of 2011 by the Real-Time Traffic Information function. 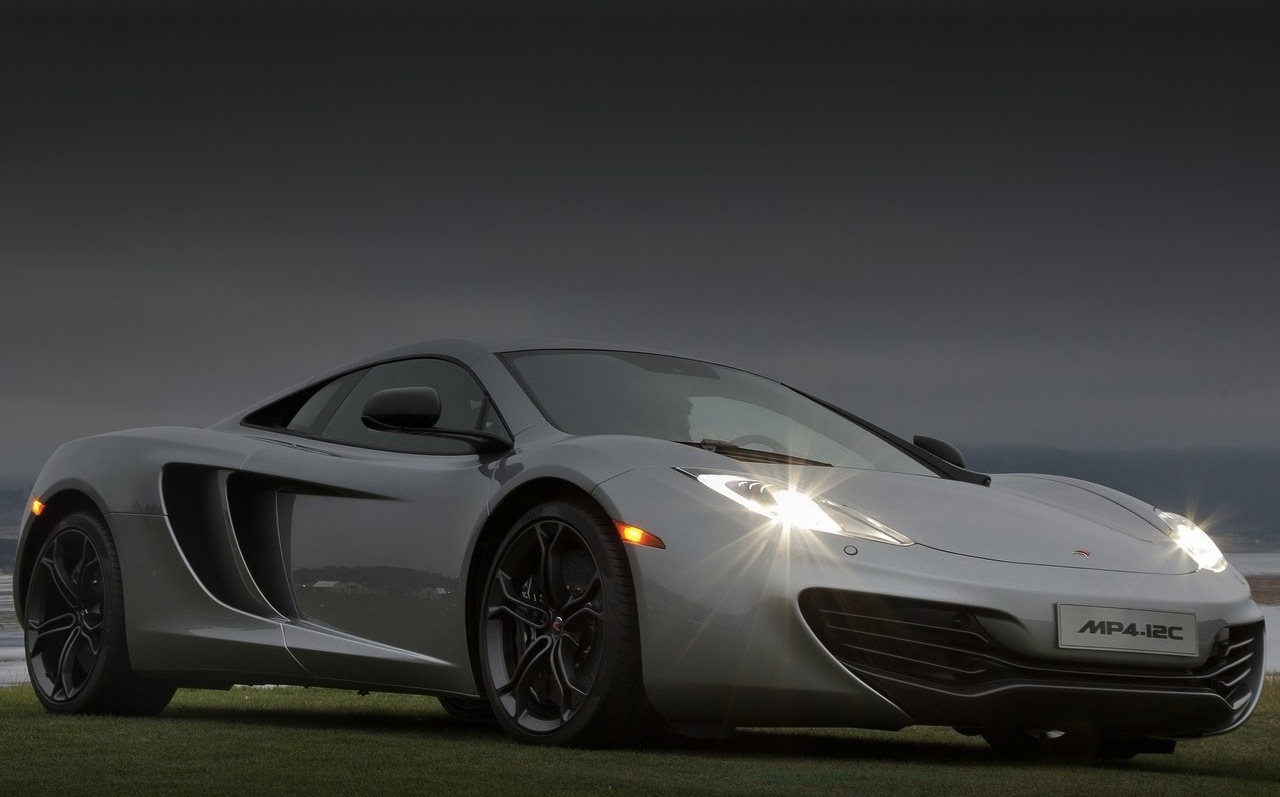 Videos: Take a break with the McLaren MP4-12C