The number 39 is causing problems for both owners and dealers in Kabul, Afghanistan. Auto sales have taken a hard hit due to the number being identified with shame and pimps.
Rumours are that an Iranian pimp owns a high-profile car with the number 39 on his plate, and was therefore given the number as his nickname. Given the very conservative nature of the people of Afghanistan, they shun the number.

Owner of cars bearing the number have been met with harsh words and actions. Mohammad Ashraf, who is working on a United Nations project says “Now even little kids say ‘look, there goes the 39′. This car is a bad luck, I can’t take my family out in it.”

As for the dealers, they have thousands of units left in their lots they cannot sell, even at deeply discounted prices. Salesmen Mohammad Jawed has a ’39’ Toyota Corolla that he purchased at $10,000 that he has been unable to sell. “No one wants to buy this car anymore, even though I would sell it now for $6,000 now.”

The responsibility for spreading the rumor is still up for debate. Some blame corrupt police officers, considering they know the new number series would be rolling over to the now ill-fated ’39’. Najibullah Amiri, the head of the union of car dealers in Kabul says that “It is a scheme by the police traffic department to earn money from buyers,” because the traffic department is charging owners anywhere form $200 to $500 to change the number on their cars.

Some are still left with no choice but to brave the potential consequences of the number, as if you have a new car, it still needs to be registered.

August 25, 2011 Chris Chin Comments Off on Makers of Forza 4 show how they make a track for the game

Video: Top Gear reveals the secret life of The Stig with new book, Stig not happy

December 7, 2012 Omar Rana Comments Off on Video: Top Gear reveals the secret life of The Stig with new book, Stig not happy 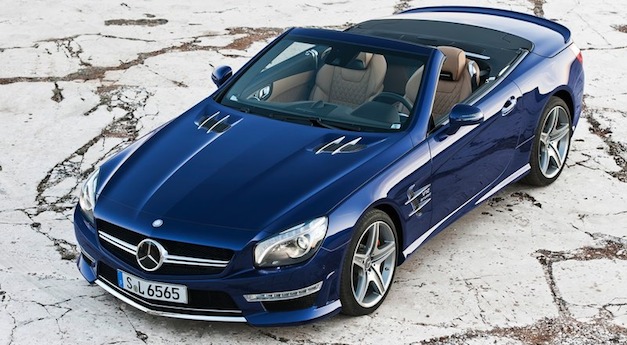 Report: Mercedes-Benz to switch up its naming scheme

April 20, 2012 Omar Rana Comments Off on Report: Mercedes-Benz to switch up its naming scheme