It’s not news that manufacturers have consulted outside firms, even design schools for styling and design. Usually we’d hear such collaborations through companies like BMW and Mercedes. Ferrari however has decided to open up its Maranello design studio by holding an international design contest.

Dubbed the Ferrari World Design Contest, in collaboration with Maranello and Autodesk, which is Ferrari’s technical partner and supporter for the project, gathered 50 highly renowned international design schools to compete for a chance to intern at the famed Italian auto designer along with some cash prizes.

The first part of the selection process was just recently concluded with seven finalist schools: IED and IAAD from Turin, Italy; the London Royal College of Arts from the UK; the European Design Institute Barcelona from Spain; Hong-ik College from Seoul, South Korea; DSK Supinfocom in Pune, India; and the College For Creative Studies in Detroit, MI.

The second phase of the contest involves the teams creating three models each using 3D Autodesk Alias as well as physical 1:4 scaled models. The contest’s goal is to have the schools come up with a new model in terms of architecture and functionality that will be Ferrari’s next hypercar (think Enzo model). Ferrari designated that it has to be hyper-light, hype-fast, hyper-ecological and hyper-technological.

The final winners and their results will be announced in July and will win an internship at Ferrari with cash prizes. Autodesk will also present an award to the student team that wins. 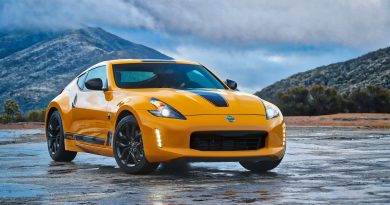