“Savings of up to 16 percent compared to today’s standard 6-speed automatic transmissions in front-transverse installations: The new 9-speed automatic transmission (9HP) owes this fuel efficiency to its extremely high total spread of 9.84,” ZF said. “Nevertheless, extremely small gear steps can be realized thanks to the nine speeds. This does not only have a positive effect on driving comfort but, in addition, the engine always runs in the consumption-optimal speed range: In the ninth speed, there are only 1,900 revolutions per minute at 120 km/h instead of 2,600 in case of transmissions featuring 6 speeds.”

The new ZF 9-speed automatic transmission will be built at a new manufacturing facility near Greenville, South Carolina.

At the International VDI Conference “Transmissions in Vehicles 2011”, ZF Friedrichshafen AG presents an automatic transmission with nine speeds for passenger cars with front-transverse drive. With its two model ranges, it covers a torque range between 280 and 480 Nm. Thanks to its construction kit principle, the basic transmission can be supplemented in line with special requirements. Thus, different starting elements, hybrid and all-wheel drive applications can also be implemented cost-efficiently given the restricted installation space conditions.

ZF realized the high number of speeds of the 9HP with the help of four individual gearsets and six shifting elements. It was a big challenge to place these additional components in the transmission; in principle, the transmission installation space in front-transverse passenger cars is highly restricted by the vehicle’s width. For this reason, the gearsets have not been allocated on the 9HP’s longitudinal axis but were intelligently nested in. This concept was supplemented by using hydraulically operated constant-mesh elements, since these can be integrated without a major impact on the overall transmission length and still enable high efficiency. While multidisk shift elements in the open condition create drag torques, these losses are very low in dog clutches. This aspect is particularly important with regard to the multi-speed concept of the 9HP: Thus, enhanced efficiency generated by small transmission steps is not lost again via drag losses due to the rather complex design.

A torque converter is used in the 9HP as the standard starting element: Particularly customers in the USA and the Asian markets esteem its smooth starting and maneuvering quality. Here, a multi-level torsion damper system minimizes hydraulic losses while, already at low speeds, facilitating quick bridging of the torque converter lock-up clutch. This is not only beneficiary for fuel consumption and comfort but also for driving dynamics. For an even more direct driving experience, ZF has designed all control components for shorter response and shift times, actually below the threshold of perception.

Direct multiple gearshifts are also possible with the 9HP and give the automatic transmission its sporty character. Thus, the transmission controls can be influenced by the OEM and the end customer: Shifting points and shifting dynamics are highly variable – from emphasize given to comfort and optimized fuel consumption up to extremely sporty. ZF benefits from its expertise in the area of software development when engineering such highly flexible transmission controls: ATSYS, the shifting sequence control, contains all clutch controls, adaptation functions, and transmission protection functions while ASIS, the driving strategy, ensures that the optimal gear is selected for each driving situation – unnoticed by the driver!

With the 9HP, as a result of cost efficiency and installation space optimization reasons, ZF engineers did not use a fully-integrated mechatronics module for all sensors, actuators, and the electronic control unit (EGS). Instead, ZF develops and produces the EGS under its own aegis: It is installed separately from the – now significantly smaller – hydraulic control unit (HSG), namely on the upper side of the transmission housing. The EGS’s computing performance can be increased by another 30 percent when needed. Thus, the 9HP is also equipped for even more comprehensive software functions in the future. The EGS’s hardware layout has been designed in such a way that the different OEM requirements can be applied without any problems.

So that the new 9-speed automatic transmission can be installed in as many vehicle applications as possible, it has been prepared as a ‘construction kit’: e.g. an additional transfer case can be connected for the all-wheel drive operation. To this end, ZF developed an all-wheel drive that can be decoupled (AWD Disconnect). It actuates the rear axle drive only when needed and, thus, saves five percent fuel compared to the permanent all-wheel drive. The 9-speed automatic transmission is, by default and without an additional oil pump, stop-start capable. Since, in the case of restarting, it is only one friction shift element that needs to be closed, response times are indeed highly spontaneous. In addition, the 9HP is easy to hybridize: On the basis of an parallel hybrid architecture, the torque converter is then replaced by an electric motor. Finally, thanks to its open software and interface structure as well as the powerful electronic control unit, it will be possible to integrate the unit flexibly in different vehicle concepts. This diversity of the 9HP construction kit makes the transmission especially efficient for OEMs. 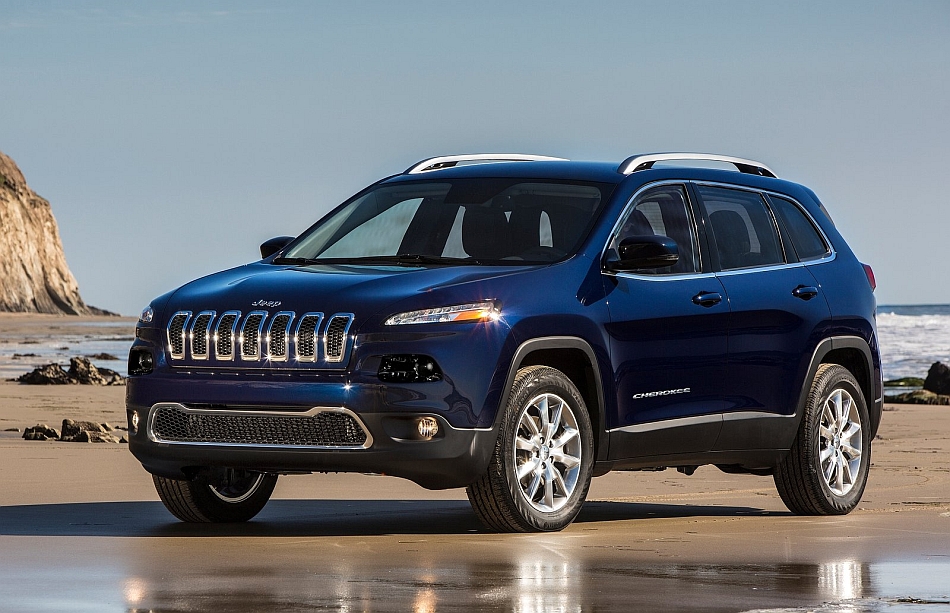 Report: Chrysler’s launch delay of the 2014 Jeep Cherokee is apparently due to transmission software issues

August 13, 2013 Chris Chin Comments Off on Report: Chrysler’s launch delay of the 2014 Jeep Cherokee is apparently due to transmission software issues