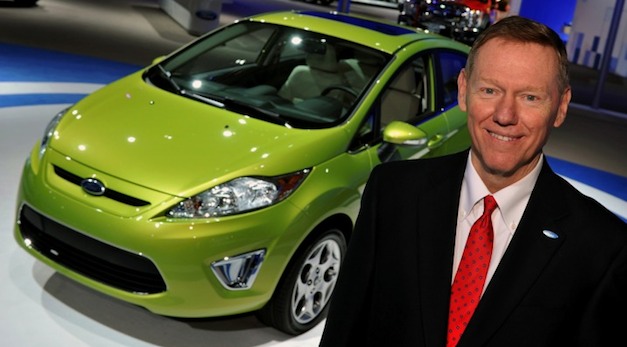 Alan Mulally, one of the greatest leaders the automotive has seen, has no plans to retire anytime soon. However, when Mulally does decide to pack his bags and leave his job as CEO of Ford Motor Company, his successor will most likely come from within the company’s top ranked executives, said Executive Chairman Bill Ford.

“Part of my job is to look everywhere” when picking a CEO, Bill said, “but I really like our talent and would be surprised if we didn’t pick someone from inside.”

Mullaly, who turns 66 in August, became Ford’s president and CEO in Sept. 2007. Mulally “is very energetic, doing a great job obviously,” Bill said. “He’s having fun and really loving this.” Mulally has always included a large group of his executive team in weekly meetings where all key information and issues are addressed. Bill said that has helped train the next-generation for larger responsibilities.

“It used to be to develop as a general manager, you would come up through a silo like manufacturing, and then very, very late in your career, you’d be dropped somewhere else and hoping that you could scale up,” he said.