The National Highway Traffic Safety Administration has been in an extensive decision making process in regards to making event data recorders, referred to as EDRs, a requirement on all vehicles. The U.S. Transportation Department is proposing a law be in effect before 2012.

The purpose of the EDR is to record information leading up to an accident, which is meant to assist in determining the cause. GM, Ford Motor Co., Toyota Motor Corp, and Mazda Motor Co. already have the boxes installed on all their vehicles. In 2005, over half the cars released had EDRs on them. Each automaker has set its own specific set of criteria.

After being in use for two decades, standards are now being proposed to put into place such as the 15 different categories of data that must be collected, such as acceleration, in a universally understandable format.

Some details of the proposal are still being refined. For example, the National Highway Traffic Safety Administration is still undecided about all of the vehicle types that should be included. However, it did set standards for the ‘black boxes’ back in August of 2006, although they will not take effect until 2013. The rule standardizes EDR information collection and also simplifies the process to retrieve the data. 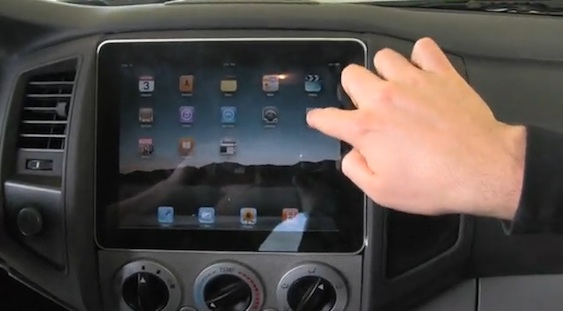 Video: First Apple iPad 2 to be installed in a car

March 14, 2011 Omar Rana Comments Off on Video: First Apple iPad 2 to be installed in a car