Bob Lutz, the former vice chairman of General Motors who continues to serve a consultant to the Detroit automaker, is one of the most respectable men in automotive history. Speaking today at the Ward’s Auto Interiors Conference, Lutz said that the “company is in good hands” with its new management team.

Ever since GM restructured under bankruptcy two years ago, it has seen a bunch of management changes at the top. Lutz said that having outsiders as CEO and CFO means management has “no history of running the auto industry in the U.S. the wrong way.”

He said that previous members of the management team “thought they were working on the right things” but unfortunately, they were not.

Speaking of the brands that GM killed under bankruptcy restructuring, Lutz said that Hummer had to go since “it was the environmental anti-Christ.” Saab he said was a constant drain on resources. Of Saturn, Lutz said he was disappointed to see the brand go despite an infusion of new products.

Pontiac, he said, is the one “I personally regret went away.” 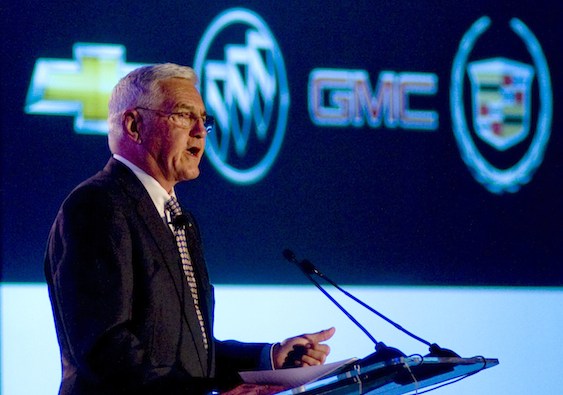 BREAKING: Bob Lutz to retire May 1

March 3, 2010 Omar Rana Comments Off on BREAKING: Bob Lutz to retire May 1