“The 2012 Mercedes-Benz SLK coupe/roadster represents the third generation of a two-seat sports car that rocked the automotive world when it unveiled the first automatic retractable hardtop in modern times,” Mercedes-Benz said in a statement. “With the top up it’s a quiet, weather-tight coupe – push a button, and 20 seconds later the car is topless. Like the retractable hardtop of the larger SL model, the rear window of the SLK pivots to match the curvature of the top as it’s being lowered, providing more trunk room than ever.”

Click here for more news on the Mercedes-Benz SLK.

The New 2012 SLK: athletic and sophisticated

“The new SLK embodies the role of the trend-setter like no other car”, says Dr. Dieter Zetsche, Chairman of the Board of Management of Daimler AG and Head of Mercedes-Benz Cars. “I am convinced that with its passionate design, its high-quality interior and its modesty at the fuel station it will continue to provide an enormous amount of fun on the road in the future, too, consolidating its status as a cult roadster.”

The 2012 SLK-Class unites premium comfort and high-quality equipment with an especially athletic flair. At the same time the new roadster is the most fuel efficient in its class matched with segment-leading safety. All-weather driving enjoyment – open or closed, during weekends or the daily commute – is built-in to the SLK’s genes. The 2012 SLK350 goes on-sale in the U.S. in June 2011.

Dr. Thomas Weber, Member of the Board of Management responsible for Group Research and Head of Development, Mercedes-Benz Cars: “With the SLK we offer a wide range of technical alternatives to give customers a personal choice. Among them are a number of unique innovations. Moreover, the SLK is a prime example of how impressive performance, stylish driving comfort and high ecological standards can go hand in hand. In the 125-year history of the automobile, we have never experienced such major leaps in efficiency. Lower fuel consumption and even more driving pleasure – a formula we certainly translate into reality in the SLK.”

Outstanding on all fronts

The best or nothing – this motto is at the heart of the Mercedes-Benz philosophy, and also the guiding theme for the new SLK. From the start the roadster was designed to provide top performance in all areas, and Mercedes-Benz engineers have rigorously translated this requirement into reality giving the SLK attributes that provide the roadster with a peak position in its segment. Among them are extremely compact dimensions combined with a generous interior with numerous practical features. Outstanding performance and sporty, agile handling are also major characteristics of the new SLK. The new SLK is also the safest roadster with its unrivalled range of safety features.

Dr Joachim Schmidt, Head of Sales and Marketing at Mercedes-Benz Cars: “Firmly embedded in the genes of the SLK is exhilarating driving pleasure in any weather conditions, open or closed, for recreation or day-to-day driving. It combines its sporty character with outstanding comfort and high-grade appointments. The new SLK also sets new standards among the compact roadsters where fuel economy and environmental compatibility are concerned. A wealth of outstanding attributes and technical innovations will once again make it the benchmark in its class – and undoubtedly also a success for our brand. The SLK is a roadster with character, and everyone will want it.”

The new SLK has a wealth of new features compared to its already well-equipped predecessor.

The designers have tailor-made a body for the new SLK that emphasizes its classic roadster proportions. Behind the long hood is a compact passenger compartment and a short rear overhang – key attributes that characterize all the classic roadsters from Mercedes-Benz.

Professor Gorden Wagener, Head of Design at Mercedes-Benz Cars: “The SLK continues the illustrious roadster tradition of Mercedes-Benz, and excitingly takes it into the future. The design idiom accentuates its lively, athletic presence, and is also sculptural. It expresses personality and sensuality. The same applies to the interior. High-grade materials, lovingly crafted details and a very exclusive finish characterize the essentially very sporty atmosphere.”

The first eye-catching feature is an upright radiator grille that bears the new Mercedes-Benz brand look. The grille emphasizes the long and well-proportioned hood, and with its light-catching contours it already hints at the roadster’s dramatic qualities. The wide radiator grille bears the Mercedes-Benz star in a prominent central position and displays a powerfully contoured chromed fin at the front. The clearly defined headlamps complete the look of the new SLK’s face and resemble that of the legendary 190SL from the 1950s, which is regarded by many as being the original “SLK”. However, the designers did not just focus on the past; with the new SLK’s front end they also intentionally created a close visual link with the new Mercedes-Benz SLS AMG “gullwing” and the
new CLS-Class.

The timeless, classic shape of the side profile with the classic roadster proportions embodies aesthetics of the highest caliber and is a visual cue to the vehicle’s sportiness and driving pleasure. Fine details show the care that has been taken by the Mercedes-Benz designers. For example, a molding conceals the trunk joint, so that the side line doesn’t interfere, as it usually does with similar roof designs. The ventilation grilles in the front fenders with a chromed fin are reminiscent of the famous Mercedes-Benz roadsters of the 1950s. In the new SLK, they form the perfect starting point for a feature line, which flows to the muscular rear fender, using light and shadow to add style and timeless aesthetics to the sides. Meanwhile, the upper edge of the wide headlamps – which for the first time feature LED technology – also appears to flow into the feature line.

This line is emphasized by the stemmed exterior mirrors, which are positioned on the beltline where they allow a better forward view to the side with their very narrow stems painted in the vehicle color. Their sophisticated aerodynamics also helps to keep the side windows practically dirt-free, while ensuring a low level of wind noise.

At the rear, the eye is drawn to the integrated spoiler lip and wide tail light clusters. For the first time, the tail lights with their pronounced horizontal design are in all-LED technology. Their upper edge extends forward into the sides, culminating in the feature line. A twin exhaust system with trapezoidal tailpipes rounds off the muscular impression.

Despite the most compact dimensions in its class, the 2012 SLK has generous interior dimensions. To achieve this, the designers have developed interior appointments that offer the driver and passenger the highest degree of quality and precision. The interior is characterized by stylish sportiness and genuine high-quality materials which have been manufactured with perfect precision and skilled craftsmanship. Standard brushed aluminum trim covers the center console; wood trim can be ordered as an option in high-gloss dark brown burl walnut. Four round, metallic air outlets integrated in the dashboard emphasize that this model truly belongs to the Mercedes-Benz sports car family, their shape being a nod to those in the SLS AMG.

Echoing the exterior design, the black dashboard emphasizes the horizontal lines and width of the vehicle. The SLK’s generous round dials flank a display for the onboard computer. The color display for the communications and entertainment functions is housed in the center console and is easily read by both the driver and passenger.

An ergonomic multifunction sports steering wheel with a flattened bottom and thick leather rim makes the high quality and athletic character of the new SLK a constant tactile experience. Shift paddles and metal trim on the spokes add both sportiness and refinement. The interior can be enhanced even further with the Trim package which includes a wood/leather steering wheel and shift knob.

The sweeping lines of the upper dashboard section are continued into the door panels. The center panel of the door is color-coordinated with the interior and the door pulls and seat adjustment switches are trimmed in aluminum or optional wood.

The sporty, ergonomic seats with adjustable crash-responsive NECK-PRO head restraints integrated into the backrests have high side bolsters for optimum lateral support and comfort on long journeys. Convenience and seating comfort is provided by electric seat adjustment with memory functions and 4-way lumbar support.

The SLK350 offers a choice of Black, Sahara Beige or Ash sun-reflecting leather as well as Black and Bengal Red Premium sun-reflecting leather which noticeably reduces heat build-up. The leather has a special coating which reflects the sun’s rays and measurements have shown that this reduces the temperature of the seats by more than 18 degrees Fahrenheit – a significant improvement in comfort when the car has been parked in the sun.

As in the previous model, the neck-level heating system AIRSCARF is available as an optional extra for the new SLK. This creates a flow of warm air around the neck and shoulder areas of the occupants from a vent in the front of each head restraint.

An ambient lighting system available for the first time as an option in the Sport Package creates an impressive effect in the interior of the new SLK. It consists of discreet optical fibers in SOLAR RED, which produce a pleasant yet dramatic lighting effect in the door panels, around the door pulls and on both sides of the center console. This mood-enhancing ambient lighting is activated when the doors are opened (“welcome home” effect), and its intensity can be individually varied by a dimmer.

The new SLK offers an exemplary variety of storage options to provide versatility and day-to-day utility. The glove compartment has been enlarged by 26% in comparison with the previous model. In addition, the glove compartment lid includes useful features such as holders for a pen, credit cards and coins.

There are three storage compartments in the center console – below the air conditioning controls, dual cupholders next to the COMAND controller on the center console and under the center armrest with a 12 V socket, USB interface and AUX connection (optionally a media interface for integration of an iPod is available as part of the Premium 1 Package). A net attached to the tunnel in the passenger footwell is fitted with a flexible bottle-holder which can securely accommodate even 50 fl. oz. bottles.

The new SLK is equipped with a windshield defogging sensor in the stem of the rear-view mirror which registers the glass temperature and interior humidity level of the new SLK. In dry weather, when no cooling is required but the A/C is operating, the control system powers the compressor down but activates it as soon as it detects that the windshield is fogging-up. This has two advantages: 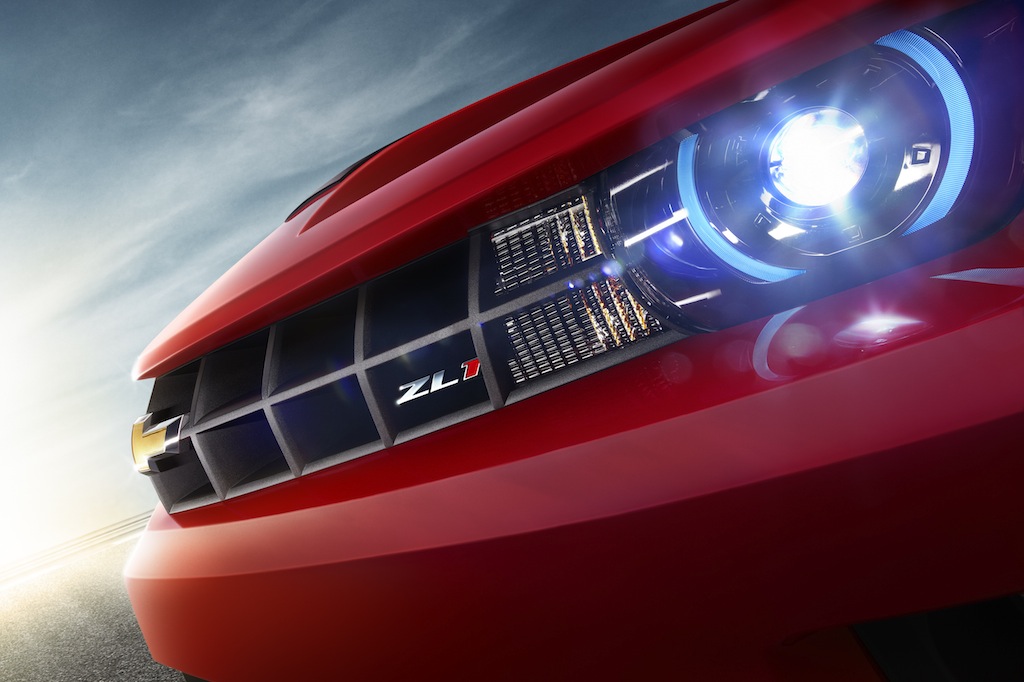