At the 2011 Geneva Motor Show, Audi surprised us with a high-performance 408-hp concept version of the next-generation Audi A3. It was refreshing to see a concept without any electric, hybrid or any other fuel-alternative powertrains. However, at the 2011 Shanghai Motor Show today, Audi is pleasing tree-hugging lovers with the new Audi A3 e-tron Concept.

Another addition to its lineup of e-tron electric concepts, the Audi A3 e-tron Concept is a plug-in hybrid instead of a fully electric-vehicle.

Power for the Audi A3 e-tron Concept comes from a 1.4L TFSI 4-cylinder turbocharged engine making 211-hp along with an electric-motor with an output of 27-hp . Together the system makes a total of 238-hp, allowing the Audi A3 e-tron to spring from 0 to 62 mph in 6.8 seconds with a top speed of 144 mph. The compact plug-in hybrid sedan is powered by a 7-speed S tronic transmission.

On a full charge of its lithium-ion batteries, the Audi A3 e-tron has the capability of traveling 35 miles on electric power alone. It also features other fuel-saving technologies including a regulated oil pump, the intelligent Audi thermal management system, a start-stop system and an energy recovery system.

Make the jump for the high-res gallery.

Concentrated technical expertise – in the Audi A3 e-tron concept

Audi is set to unveil an attractive technical study – the A3 e-tron concept – in Shanghai. The four-seat notchback sedan integrates the full breadth of the brand’s technological expertise – from the enhanced MMI operating system, to the high-end infotainment system, to the drivetrain. And with its two powerplants and lithium-ion batteries that store enough energy to propel the car on electric power alone for up to 54 km (34 miles), the plug-in hybrid also delivers high fuel efficiency.

The design represents the typical Audi language of sporty elegance. The single-frame grille is integrated into the front end, giving it a sculptured look. Its frame is made of carbon fiber-reinforced polymer (CFRP), and the transversely mounted, three-dimensional aluminum louvers create a visual effect that emphasizes the showcar’s width. The headlights merge with the beveled upper corners of the single-frame, forming a transition that marks the starting point of the prominently accentuated lines of the engine hood.

The headlights represent a new stage of evolution in LED technology, a groundbreaking innovation from Audi. They become broader as they extend outward, and a line underneath makes them seem to float on air. Above the front spoiler is a full-length air intake, also made of CFRP, framed by a metal clasp. The spoiler features a splitter that increases the downforce on the front wheels.

When viewed from the side, too, the A3 e-tron concept is recognizable at first sight as an Audi – with its harmonious proportions, taut, muscular surfaces and a low roof dome with fluid lines flowing into a flat, coupe-like C-pillar. The shoulder area transitions elegantly into the tailgate. Characteristic of Audi design, the greenhouse accounts for one-third of the height, while the sheet metal makes up the remaining two-thirds.

Powerfully flared fenders hint at the power of the engine. Two prominently elaborated lines accentuate the flank: the undercut tornado line beneath the window edge and the dynamic line above the sills. The exterior mirrors, made of aluminum and CFRP, are perched atop the window-channel strips. The door handles with their brushed-aluminum clasps are recessed flush with the door. When the driver touches them, they power-extend.

The intelligent interplay between surfaces and lines also defines the tail end of the A3 e-tron concept. The broad, flat tail lights are sculptured and culminate in a point on the inside, and the tailgate bears an elegant spoiler edge. The rear apron includes a diffuser insert of CFRP and metal, which in turn surrounds the two large tailpipes for the exhaust system.

Ultra-modern components, design methods and joining techniques keep the body weight low. One example of this are the custom tailored blanks (panels of various thicknesses) in the floor area. The doors, engine hood and tailgate are made of aluminum. With its high levels of rigidity, the body provides the basis for the sedan’s precise handling, excellent vibrational comfort and low weight – the Audi A3 e-tron concept tips the scales at just 1,720 kilograms (3,792 lb).

Interior
The interior of the showcar is generously proportioned. The long wheelbase measuring 2.63 meters (8.63 ft) – a best-in-class figure in the premium compact segment – gives rear passengers on the two individual seats a pleasing amount of knee room. The front sport seats with prominent side bolsters are slim and elegant.

The cockpit, too, gives an impression of lightness and airiness. The horizontal lines emphasize its design. The instrument panel draws the driver in – typical of Audi. Defined in three dimensions, the large trim strip is made of solid aluminum and includes control functions. The high-quality sound system in the doors and on the rear shelf has aluminum trim panels. When the audio system is turned on, they extend a few millimeters, thus orchestrating a visual accompaniment to the system’s excellent sound.

On the center console, four large, round air vents echoing a jet’s design catch the eye. The air flow is adjusted by pulling and pushing on the center axis of the vents. The control knobs for the automatic air conditioning system are located in the lower section of the center console on a boldly protruding, dedicated control panel. Visually, they are reminiscent of airplane turbines.

Behind the compact, flat-bottomed, three-spoke multifunction steering wheel is an innovative display concept that renders the individual driving states of the hybrid drive clear-cut and tangible. The tachometer on the instrument cluster has been replaced by a “power meter,” with a needle that indicates the total system output on a scale of 0 to 100 percent. A second scale is divided into colored segments. At a glance, the green and orange segments clearly indicate where the A3 e-tron concept is drawing its power – from the electric motor, the combustion engine, or a combination of both. An additional instrument displays the charge level of the battery.

In between the two large round dials is the large, eight-inch display for the driver information system. This display and the large monitor of the MMI system show the operating states and power flows in the hybrid system in elegant graphics with a three-dimensional effect.

The control panel for the MMI multimedia system is located on the center tunnel console. The interface on its large rotary pushbutton features another novelty – the “MMI touch” touchpad. This new solution, which makes the already exemplary operation even more intuitive, will soon be introduced in series production at Audi. The ultra-thin MMI monitor power-extends upwards out of the instrument panel, another feature taken from the full-size car class.

In terms of infotainment, the Audi A3 e-tron concept shows why the brand is leading the competition. A UMTS model provides full access to the Internet, allowing the car to retrieve convenient services from Google. Thanks to the WLAN hotspot, passengers can surf and send e-mail to their hearts’ content. Holders for iPads are installed on the back of the front seat backrests.

A classic notchback sedan, the Audi A3 e-tron concept boasts a large luggage compartment with a volume of 410 liters (14.48 cubic ft) and a low loading lip.

Drivetrain
Designed as a plug-in hybrid, the A3 e-tron concept is propelled by two power units – a 155-kW (211-hp) 1.4 TFSI four-cylinder engine with turbocharging and gasoline direct injection and an electric motor with an output of 20 kW (27 hp). The system provides a combined output of 175 kW (238 hp). Working together, the gasoline engine and electric motor accelerate the notchback to 100 km/h (62.14 mph) in 6.8 seconds, then on to 231 km/h (143.54 mph). A regulated oil pump, the intelligent Audi thermal management system, a start-stop system and an energy recovery system – technologies from the brand’s modular efficiency platform – all contribute to this high efficiency.

At the heart of the A3 e-tron concept are the lithium-ion batteries located behind the rear seats. With a charge capacity of 12 kWh, they give the notchback a range of up to 54 km (34 miles) on electric power alone.

The batteries are charged by the standard energy recovery system when the car is in motion or directly from a household power socket when it is parked. This means that in most cases, the car is entirely emission-free in city driving.

A compact seven-speed S tronic serves as the transmission for the compact plug-in hybrid. It comprises two transmission structures, which are operated by two clutches. Gears are alternately shifted by the two clutches – at lightning speed, comfortably, and without any perceptible interruption of traction.

The driver can operate the seven-speed S tronic in one automatic mode and one manual mode, using the paddles on the steering wheel to shift gears manually. Elegant touch control buttons alongside the handrest on the center tunnel console are used to select drive positions R, N and D. These are backlit in red when it gets dark. Drive position P is automatically engaged when the electric parking brake is applied. The launch control system manages the sprint from a dead stop, furnishing explosive turbo power with minimal tire slip.

Chassis
Derived from the current RS 3 Sportback, the Audi A3 e-tron concept’s chassis is fully capable of handling the power from the drive system at all times. The four-seater masters any type of curve with speed, stability and composure. Its self-steering response remains essentially neutral all the way up to the lofty handling limits.

The front suspension – a MacPherson construction with a separate axle support – has a track measuring a full 1,572 millimeters (61.89 in). The rack-and-pinion steering is extremely efficient because its electromechanical drive system requires no energy when driving straight ahead.

The four-link rear suspension with its 1,542-millimeter (60.71-in) track is likewise fixed to a subframe. Its control arms made of high-strength steel enable the suspension to absorb longitudinal and lateral forces separately. The shock absorbers and coil springs are mounted separately from each other.

The Audi drive select dynamic handling system gives the driver five modes from which to select the characteristics of the engine, power steering and seven-speed S tronic. The modes are comfort, auto, dynamic, individual and efficiency, the last of which is designed for maximum economy.

The imposing light-alloy rims measure 20 inches in diameter. The tire format is 245/30 at the front and rear. The front brake disks are gripped by four-piston calipers. The ESP stabilization system has a Sport mode and can be completely deactivated. The parking brake is actuated electromechanically. 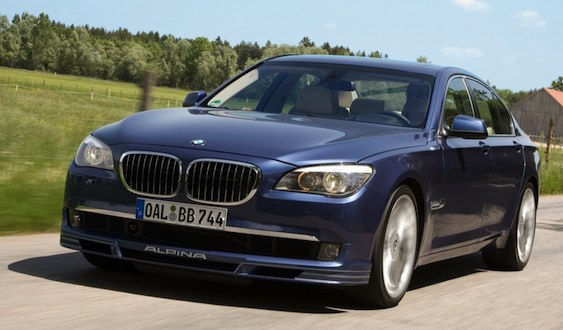