What we won’t see at the 2011 New York Auto Show later this week is the new Volvo Concept Universe, which is making its world debut at the 2011 Shanghai Motor Show. The Concept Universe is being described as a luxury Volvo for China and the world. The concept is a large, luxurious sedan with a new human-centric design language that honors the beautiful lines of classic Volvo models.

“The Concept Universe offers the world a sneak preview of what people can expect from our next top-of-the-line sedan,” says Stefan Jacoby, President and CEO of Volvo Car Corporation.

The Volvo Concept Universe has been designed as a sedan with a coupe-like roofline, which means a production version of the concept would compete with the likes of the Mercedes-Benz CLS, Porsche Panamera and the Audi A7.

“Just like fine luxury goods, this design feels handcrafted and durable enough to stand the test of time,” says Peter Horbury, Vice President Design at Volvo Car Corporation. “We will compete with the best with our special kind of Scandinavian Design. It is unmatched in performance and technology, but without superficiality or complication.”

“Our aim is to be the brand that best understands what buyers of modern luxury cars want. We are eager to hear what the most demanding Chinese customers think of this luxurious concept. Later, we will show the design in Europe and the United States in order to bring it into the global context that we are aiming for with all our car models,” said Jacoby.

Audi A3 e-tron Concept is a sporty plug-in hybrid

April 19, 2011 Omar Rana Comments Off on Audi A3 e-tron Concept is a sporty plug-in hybrid 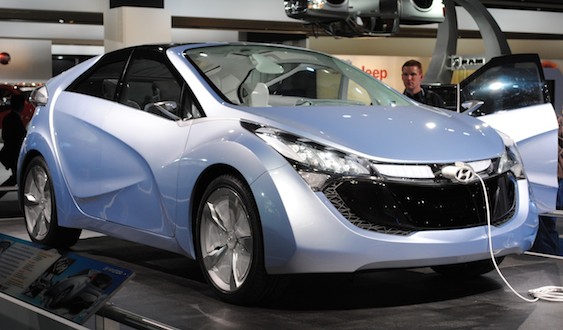 BMW Sportscar Concept Study: Beg BMW to make the Z10 look like this

October 15, 2009 Omar Rana Comments Off on BMW Sportscar Concept Study: Beg BMW to make the Z10 look like this