Development on the next Dodge Viper, which is inspired by a naked woman on a beach, is well underway. Last we heard anything about the next-generation Viper, Dodge brand CEO Ralph Gilles said that next model will continue to evolve, but that we shouldn’t expect any drastic changes.

Well, one drastic change will be the addition of stability control.

In a short statement released today, Dodge said “Using a 2010 chassis as a test subject, SRT engineers expanded the development scope for the next generation Dodge Viper to include stability control tuning for the first time.”

Chrysler didn’t confirm what would power the next-generation Viper but we doubt it’ll be anything less than 600-hp engine. The 2013 Dodge Viper will debut in late 2012. 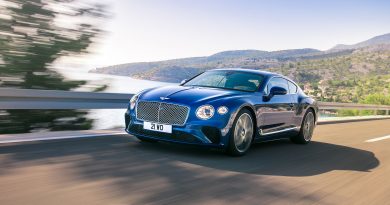 August 29, 2017 Chris Chin Comments Off on The all-new third generation Bentley Continental GT rolls out of Crewe for the latest jet set