Already known as the most powerful and sophisticated electric superbike on planet Earth, the Swigz Pro Racing Electric Superbike has added the ‘world’s fastest’ to its growing list of achievements after a one-mile run of 190.6 mph at the Mojave Mile Shootout event in the California desert. The Swigz Pro Racing Electric Superbike beat out other electric motorcycles at other events that hit the 170 mph range.

While most of the team was busy ‘adapting the superbike’s electric powertrain for the recently announced Pikes Peak International Hill Climb, rider and team owner Chip Yates asked his team to take a 2-week detour in order to have a go at determining the one-mile top speed of the 240-hp electric bike. During those 2-weeks, the Swigz Pro Racing team made a number of changes to increase the top speed of the electric bike.

Catalyst Racing Composites developed a custom set of full fairings that provide a significant improvement in aerodynamic drag at high speeds while increasing stability. UQM Technologies, who make the electric motor and controller in the superbike, were brought in for additional software adjustments to assist with the top speed attempt. Crushmaster Grinding / Evolution Industries was contracted to build a new set of higher strength drive sprockets and a custom-ground jackshaft capable of handling 365 lb-ft of torque while spinning up to 8,500 rpm at the bikes geared top speed of 229-mph. Even a supplemental booster battery pack of six lithium-ion polymer cells was designed and built in-house in order to add additional voltage to ensure maximum power availability.

Swigz Pro Racing says that a dyno testing of 227 mph was achieved to ensure the high speed safety of all components.

Hit the jump to see the video. 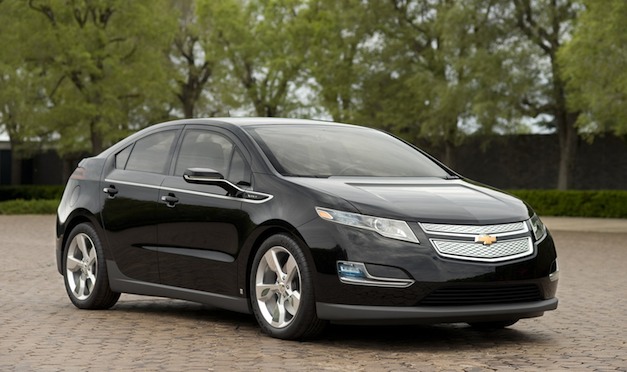 January 2, 2013 Omar Rana Comments Off on Some dealers to stop selling Chevy Volt due to high cost of service tools

Video: How to buy a car for the lowest price possible using the game theory method

March 29, 2012 Omar Rana Comments Off on Video: How to buy a car for the lowest price possible using the game theory method