FoMoCo has relaunched its Swap Your Ride campaign, which lets real customers talk about their first impressions after spending a week behind the wheel of a new Ford passenger car, SUV or pickup.

This time Ford will focus a lot on its class-leading fuel-economy a consistent theme throughout the ads. The Dearborn automaker offers at least 12 vehicles that lead their segments in fuel economy, including four vehicles with EPA-certified 40 mpg or higher fuel economy ratings.

“We’ve found that challenging people’s perceptions head-on is the best way to change their minds about Ford,” said Matt VanDyke, Ford’s director of U.S. Marketing Communications. “We’re tapping real people, allowing them to experience our vehicles for themselves and then capturing their enthusiasm for the products. We’re telling the Ford story through the eyes of the people who matter most – real consumers.”

According to Nielsen Automotive statistics, Ford’s ‘Swap Your Ride’ ads are 48 percent more memorable than ads for average sales events.

DEARBORN, Mich., April 5, 2011 – There’s nothing like swapping your ride to change your opinion. That’s how consumers are responding to Ford’s “Swap Your Ride” ad campaign.

Ford’s Swap Your Ride consumer marketing campaign returns today, and will continue to change consumer perceptions about Ford by giving consumers the chance to exchange their competitive-make vehicle and experience a new Ford for a week.

This candid feedback from people who were given the opportunity to swap their competitive-make vehicles for a week behind the wheel of a Ford is at the heart of the Swap Your Ride marketing campaign, as are highly memorable ads that have helped boost dealer showroom traffic.

After driving Ford vehicles for a week – Fiesta, Focus, Fusion, Taurus, Mustang, Escape, Edge, Explorer, F-150 and Super Duty – the participants gathered in small groups to discuss their experiences and were surprised to find themselves talking to none other than Mike Rowe, host of the Discovery Channel’s hit show Dirty Jobs.

“Mike immediately engages them in a conversation about the vehicles they drove, and we capture that spontaneous interaction on camera,” said Matt VanDyke, Ford’s director of U.S. Marketing Communications.

In one of the television ads, Rowe talks to a consumer who swapped his Toyota Yaris for a Ford Fiesta.

“How do you compare the Fiesta to the Yaris?” Rowe asks.

“It’s a complete upgrade,” the young man responds. “When it comes to the design of the outside and the design of the inside, hands down I would’ve picked this car. When I told everyone that the Fiesta got 40 mpg, everyone assumed it was a hybrid.”

Ford’s class-leading fuel economy is a consistent theme throughout the ads. Ford offers at least 12 vehicles that lead their sales segments in fuel economy – including four vehicles with EPA-certified 40 mpg or higher fuel economy ratings – a claim no other full-line automaker can beat.

“It’s very cool to see people react the way they do,” said VanDyke. “When they get into a Ford for the first time, they’re really surprised with the fuel efficiency, performance and great technology. That’s been a consistent reaction to our entire lineup.”

Proven success
The memorable Ford Swap Your Ride ads have been very successful since first debuting in 2007. At that time, Nielsen Automotive cited them as being among the “top most-recalled new television ads.”

And last year’s campaign is among the finalists in the Best Sales Event Campaign category for the 2010 Nielsen Automotive Advertising Effectiveness Awards, which will be given out at the New York Auto Show on April 20.

According to Nielsen Automotive statistics, the Ford Swap Your Ride ads are 48 percent more memorable than ads for average sales events.

VanDyke says the ad campaign’s success is due to its authenticity, and the presence of Mike Rowe further enhances the effectiveness of the ads.

“Mike has such an approachable personality and he engages with people very easily, which allows a real conversation to take place,” he said.

Rowe is a brand icon that viewers perceive as believable. In fact, Forbes magazine recently named him as one of “Hollywood’s 10 Most Trustworthy Celebrities.”

“Nielsen advertising effectiveness metrics show that people remember the ads more with Mike Rowe as a consistent branding element,” said Miller. “They remember that they’re Ford ads, and they remember what the message is about.”

VanDyke says past campaigns have helped make a positive impact on vehicle sales.

“We saw a huge lift in our share and sales performance,” he said. “A lot of people came in to our dealerships wanting to ‘swap’ their rides.”

The Hispanic ads feature Cristian de la Fuente, a popular Chilean-born international actor, model and author. Ford’s 2010 Spanish version of Swap Your Ride featuring de la Fuente broke through at high rates to the Hispanic television viewer and is a finalist in the Spanish TV Advertiser of the Year category for the 2011 Nielsen Automotive Television Advertising Effectiveness Awards.

The spokesperson for the African American ads is Boris Kodjoe, an Austrian-born actor and former fashion model perhaps best known for his role as Damon Carter on the Showtime television drama Soul Food.

Thirty-second Swap Your Ride television ads featuring Mike Rowe will begin airing today during popular programming, including Grey’s Anatomy, American Idol, Dancing with the Stars, Criminal Minds, CSI, Bones, The David Letterman Show and The Tonight Show with Jay Leno. They also will run during the NBA and NHL Playoffs.

Print ads highlighting the fuel efficiency of Ford products will appear nationally in USA Today and Parademagazine. Radio spots will air regionally and locally. And extended-length digital advertising for Swap Your Ride will appear on a variety of hub sites, including AOL, Google and Yahoo as well as automotive-specific sites such as www.cars.com, www.Edmunds.com and www.kbb.com.

According to VanDyke, Ford’s various dealer advertising groups will have a wide array of ads available to run depending on the cultural makeup of their individual markets.

“We are giving our dealer groups a full arsenal of materials to engage with their unique target markets,” he said. 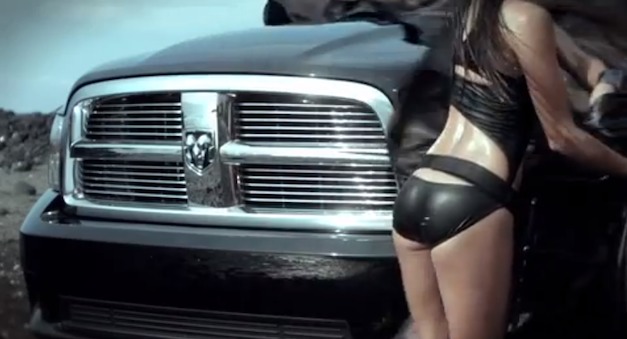