Oprah Winfrey is often cited as the most powerful woman in the world, and the wealthiest African-American as well. She has certainly garnered a massive mainstream following, as well as a more dedicated cult following. To those interested in owning a piece of her wealth, the ’96 Bentley Azure convertible that she bought for herself as a 42nd birthday gift is up for sale.

The auction was set to expire Monday evening at 6:33 pm, and as of earlier in the afternoon, there were no bidders. The car was listed by Boulevard Auto Sales in Ft. Lauderdale, with a ‘Buy It Now’ price of $67,900.

“The salesman who sold it to her is a friend and he said she came in on her (42) birthday with her pal, Gayle King, and said she was buying herself a birthday present,” explained Mark Scarincio, owner of Boulevard Auto. The car was originally purchased in ’96 for $335,000.

The car is in pristine condition, having been babied by Oprah from day 1, and is loaded with amenities such as lambswool rugs, parchment white leather with black piping, heated seats, chrome wheels, and an Alpine stereo.

“I figure some husband could be a big hero if he bought this vehicle for his wife since it belonged to Oprah,” Scarincio said.

Source: eBay (via Inside Line) 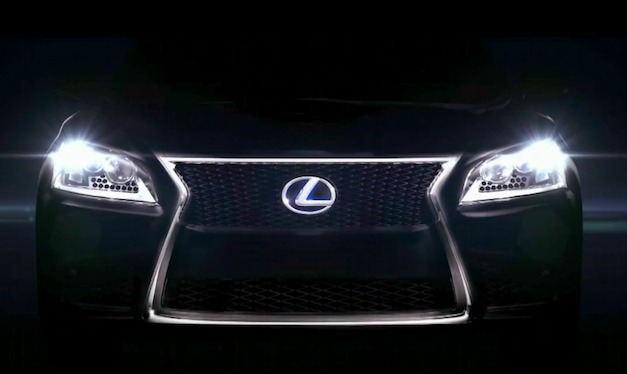 Video: Lexus teases the spindle grille on the next ES and LS

March 20, 2012 Omar Rana Comments Off on Video: Lexus teases the spindle grille on the next ES and LS