We all know that Chrysler had been known to make some of the most woeful and unrefined automobiles in the last decade or so and the only models that seemed to charm in some way shape or form were the SRT8 models. The original Chrysler 300 SRT8 was one of them and we absolutely loved it for its memorable driving experience and performance bang for buck. But after the corporate restructuring and the recent trend in cracking down on fuel economy and efficiency, one was not wrong to question where the fate of the SRT line would go. But you don’t have worry any more.

Spies  spotted a new 300 SRT8 rolling around Michigan donning some traditional test dummy camo. This is great news after spy photos of the new Jeep Grand Cherokee SRT8 were also leaked earlier in the year. The SRT8 division is far from dead. And there’s no room for question when looking at the spy photos as it clearly is a Chrysler 300, except with massive seven-spoke wheels and huge brake rotors and calipers that suggest four or even six-piston calipers. More aggressive air intakes and a revised front fascia are clearly visible as well as bigger tail pipes at the back.

Engine wise, the old 300 SRT-8 6.1L HEMI was good for about 363 horsepower. After observing the new 6.4L powerplant found in the new Challenger 392, we can expect to see the same engine to be equipped to the 300 with something to the tune of 470-hp and 470 lb-ft of torque, mated to an all new 8-speed automatic.

While the new 300 is just starting to hit dealers, we wouldn’t expect the new SRT8 model to hit the showrooms until 2012, but lets hope that it gets here earlier because folks, this should be a good one. 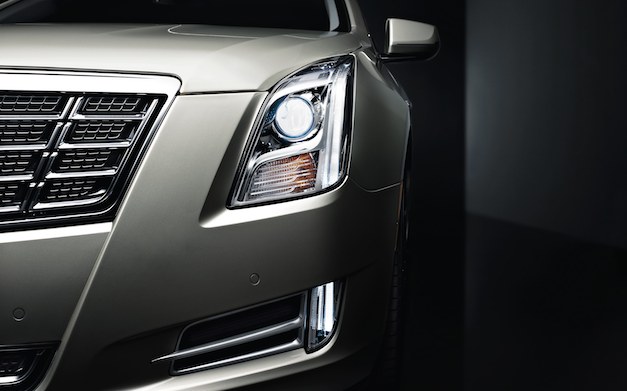 Video: Cadillac explains the lighting technology behind the 2013 XTS sedan

February 29, 2012 Omar Rana Comments Off on Video: Cadillac explains the lighting technology behind the 2013 XTS sedan