Every petrolhead has a special place in his/her heart for the movie Bullitt. Now, the film isn’t exactly as automobile intensive as other famous ones such as 24 Hours, or the Vanishing Point. But Bullitt has a car chase that will forever be recognized for being one of the greatest to ever come from Hollywood. It is the equivalent to a required reading, in the curriculum of educating young apprentices to become petrolheads.

And as part of a random commemoration, Gateway Classic Mustang and Steve McQueen Estate paired up to produce a modern rendition of the ’68 Fastback that was featured in Bullitt.

All start off as either a ’67 or ’68 Mustang Fastback and is given a 450hp V8, a Keisler five-speed, Baer brakes, American racing wheels and BFGoodrich tires. Adjustable coil overs are set all around.

Orders are being taken for this Limited Edition Steve McQueen Mustang. Prices weren’t available, but I wouldn’t expect to see a cheap bill. And you will want one, because we egmCarTech do.

BOURBON, Mo. – March 15, 2011– Gateway Classic Mustang, the premier manufacturer of high performance vintage Mustangs, announced the start of production for its Limited Edition 1968 Steve McQueenTM Signature Mustang. Gateway Classic Mustang teamed up with the Steve McQueen estate to design and build the car in honor of the legendary Hollywood actor and racing enthusiast.

“This Mustang build combines the classic body styles of the late ’60s Fords with contemporary performance technology to deliver a fantastic driving experience,” said Jason Childress, co-owner of Gateway Classic Mustang. “Each of these limited edition Steve McQueen cars are hand-built by our team at Gateway Classic Mustang. The car’s design was based on the famous ride driven by McQueen in his 1968 film, where he starred as a no nonsense San Francisco cop.”

Powered by a Roush 450 horsepower small block, the Highland Green car generates 27 percent more power than its famous predecessor. Standing on an adjustable strut coil-over front suspension with power rack and pinion steering coupled with a three-link adjustable coil-over rear suspension with watts link, the car is as comfortable on the race track as it is on the street.

The Mustang begins with a 1967 or ’68 original Ford body and comes with a Keisler five-speed manual transmission coupled to a Hydraulic clutch. BFGoodrich tires surround the five spoke American Racing wheels, while Baer 12″ front disc brakes and Baer 11″ rear disc brakes bring the car to a halt.

“The car is symbolic of Hollywood’s greatest chase scene in which McQueen performed majority of the stunt driving,” added Childress. “A limited amount of Mustangs are being built with the Steve McQueen signature and specs. Each vehicle is numbered and signed and released on a first-come, first-served basis.”

The interior of the vehicle is dressed in its original ’68 features with updated black components, including a Gauge package with tachometer by Classic Instruments. A carpeted fold down rear seat and original style lap seat belts add to the overall atmosphere of the ‘Stang, while custom bolstered original style front bucket seats are also available in the vehicle by TMI.

Air-conditioning by Classic Auto Air adds to the comfort of the car, while an AM/FM/MP3 stereo blares through a six speaker amplifier. Extreme sound deadening is supplied by Dynamat and stops road noise, vibrations and car rattles, while improving the car audio’s sound and bass.

“Steve McQueen pushed life to the limit and we modeled this car after his bad boy persona,” noted Childress. “We’re honored to celebrate the life of McQueen through our Mustang.” 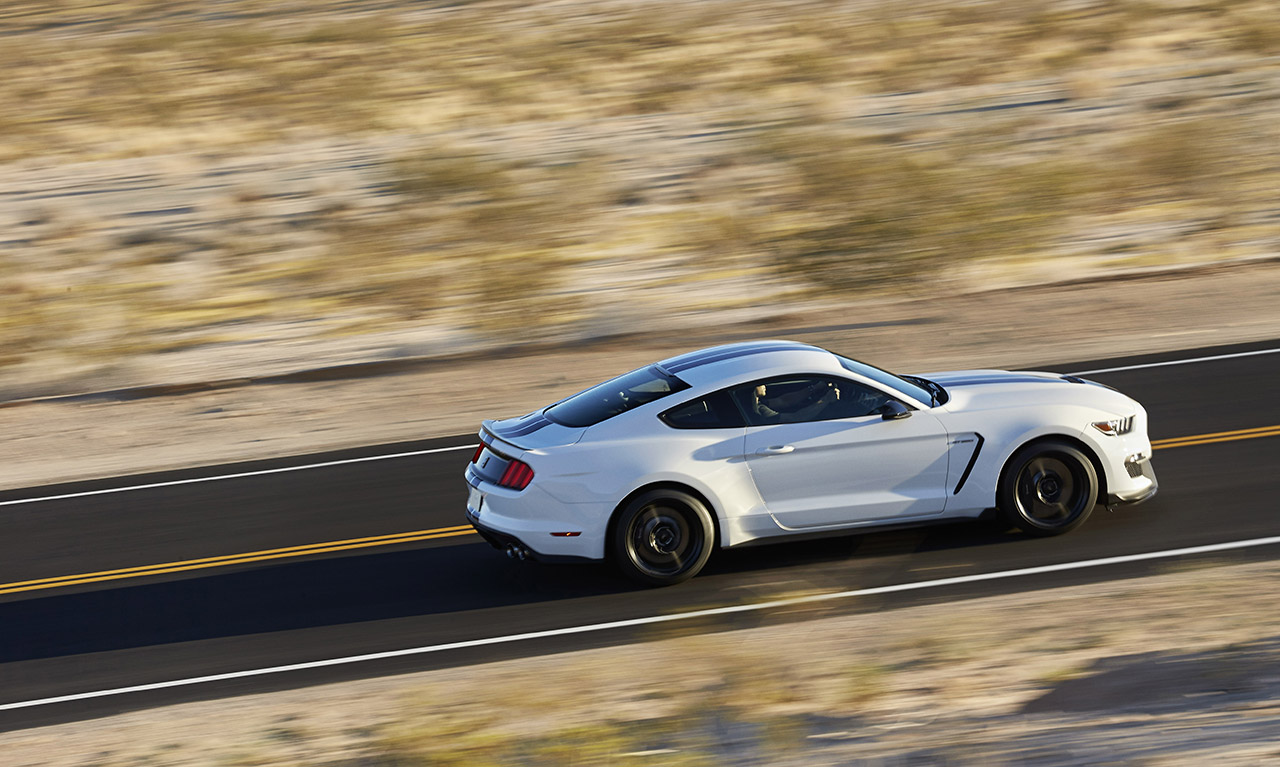