I’m sure a good amount of you will remember the disco years, because I sure as hell don’t…simply because I wasn’t even born yet. But don’t worry, disco has yet to find itself left in the pages of history permanently because, well, DISCO IS BACK BABY! *cue the John Travolta scene from Saturday Night Fever*

Ok, maybe not in the form of bellbottoms and afros that are so big that only the classic everyday American gargantuan sedans of the past were able to fit such a pronounced hairdo…but in the form of a Smart ForTwo Electric Drive. DISCO INFERNO!

The one-off electric Smart was designed to be inspired by the 1970s disco era and of course the famed Travolta film. Obviously, the NHTSA would not allow such a car to enter production simply because every time it would drive down your street, anyone who wasn’t already blind would lose their eyesight permanently. I nearly even lost my own by looking at the picture showcasing the ForTwo, which is accompanied by a group of individuals donning gas masks and shiny spacesuits…ish. And that might be a hard for those observers in Japan, particularly in light of the recent nuclear power plant disasters…Anyway…

But the glitzy fab version was designed by Apparatjik for the use in a new film featuring “world-famous musicians,” Pixel City. 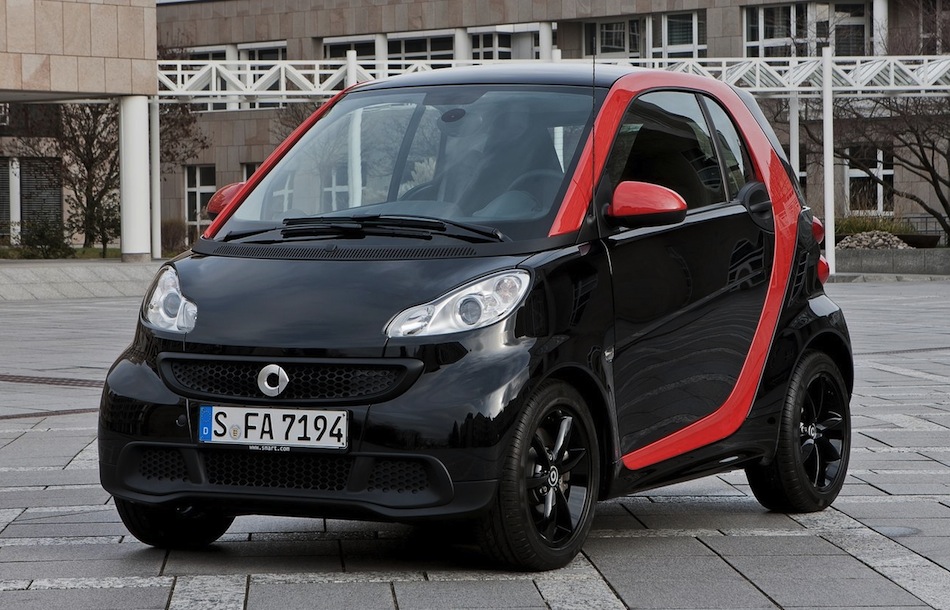 Smart ForTwo Sharpred unveiled, only 1,800 will be built

February 9, 2012 Omar Rana Comments Off on Smart ForTwo Sharpred unveiled, only 1,800 will be built

Smart ForTwo electric will get off to a slow start in the U.S.

January 19, 2009 Omar Rana Comments Off on Smart ForTwo electric will get off to a slow start in the U.S.

Smart ForTwo electric available for lease in Oct., Smart ForFour in the works

August 31, 2010 Omar Rana Comments Off on Smart ForTwo electric available for lease in Oct., Smart ForFour in the works