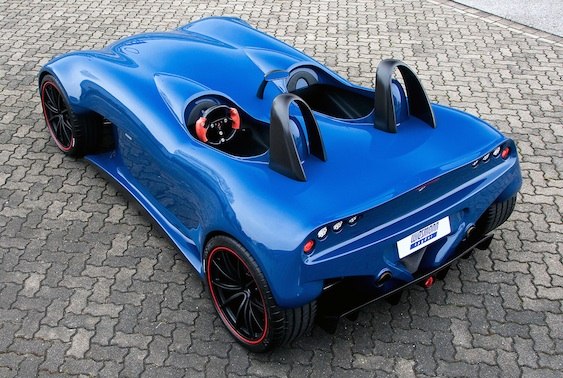 “More than anything, this car was designed for maximum driving enjoyment,” Wiesmann said in a statement.

The Wiesmann Spyder Concept weighs in less than 2,200 pounds, which allows it to run from 0 to 62 mph in less than 4 seconds with a top speed of 180 mph. The two-seater has no doors or windscreen and is the most extreme Wiesmann ever built.

But the big question is whether or not Wiesmann will built the Spyder Concept? Right now, Wiesmann says it has no plans for a production model but if it does change it minds, it won’t be built before 2012. We’re guessing Wiesmann is going to wait and see how potential customers react to the car.