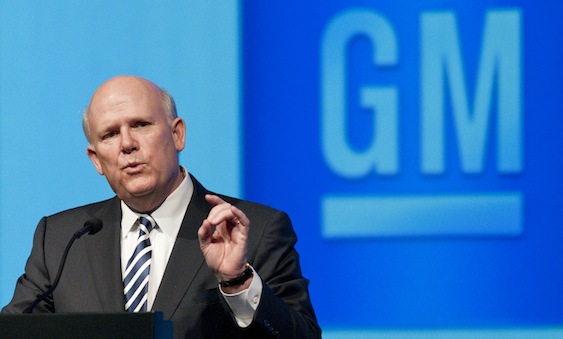 General Motors announced today that it earned $4.7 billion last year, its first full-year profit since 2004. The profit was the biggest at the company since 1999. Revenue for 2010 came in at $135.6 billion. The profit is good news for GM’s 50,000 workers at its U.S. factories who will get a profit-sharing bonus averaging $4,300.

“Last year was one of foundation building,” said Dan Akerson, chairman and chief executive officer. “Particularly pleasing was that we demonstrated GM’s ability to achieve sustainable profitability near the bottom of the U.S. industry cycle, with four consecutive profitable quarters.”

During the fourth-quarter, the company earned $510 million, or 31 cents a share – that compares to a loss of $3.5 billion a year earlier.

Cash flow from GM’s automotive operations was $6.6 billion and free cash flow was $2.4 billion for 2010.

“Our focus for 2011 is to build on our progress and continue to generate momentum in the marketplace. We expect our first quarter will be a strong start,” said Chris Liddell, vice chairman and chief financial officer.