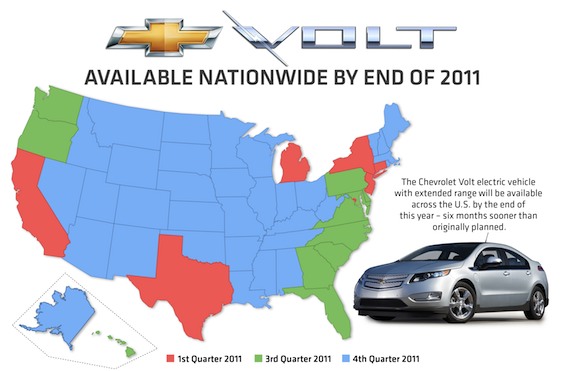 Chevrolet announced today that it is speeding up the national rollout of the Chevrolet Volt to meet customer interest and expects to have the plug-in hybrid, rang-extended electric-car available nationwide by the end of 2011.

“We’re accelerating our launch plan to have Volts in all participating Chevrolet dealerships in every single state in the union by the end of this year,” said Rick Scheidt, U.S. vice president, Chevrolet Marketing. “This is the right thing to do for our customers and our dealers who are seeing increased traffic onto their showroom floors.”

So far, Chevrolet Volts have been delivered to customers in Washington D.C., California, New York, Connecticut, New Jersey an Texas.  Customer deliveries in Michigan are scheduled to begin this spring.

During the fourth quarter, Chevrolet expects to deliver Volts in all 50 states. 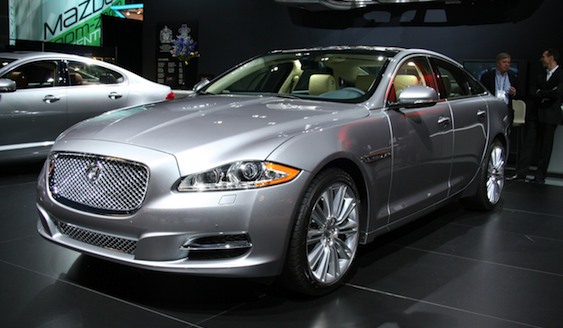