A Tesla employee has just recently confirmed on Engadget that the first ever prototype of the much-anticipated all electric sedan is up and running, despite there being no formal word from Tesla themselves.

Brian Z. Jones, who was identified as the production control manager at Tesla via Facebook, wrote: “I just got to see the 1st Alpha proto run. And, boy, did that thing run! The production vehicle will be as sexy as the red/silver rollers in all the photos. So awesome,” in the comment section of the Tesla story.

Tesla had plans to complete the first prototype of the 2012 Model S and it just might seem like they’re right on target. Although this is a major step for the next biggest thing from the electric car manufacturer, keep in mind that they have many more prototypes to build seeing as how large companies such as GM and Mercedes-Benz make dozens of prototypes before models go into production as well as the requirement by the NHTSA to crash 20 production-ready models for safety ratings.

Additionally, full details on the prototype have yet to be known since this is only their first crack at it.

Tesla also announced that the new Model S will be assembled from the ground up at its ewly finished $42 million factory in Fremont, California. 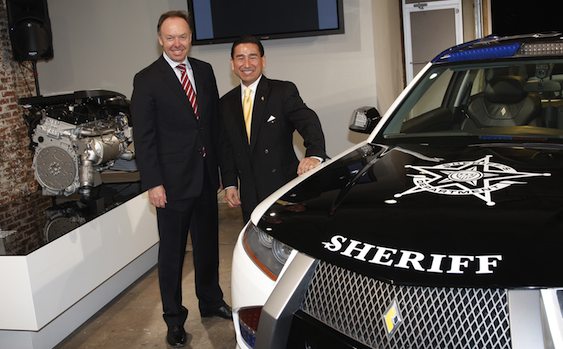