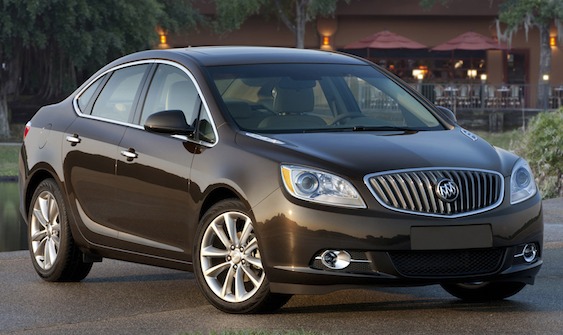 It all started in October 2010… wait, no – it actually all started in June 2010 when General Motors unveiled the 2011 Buick Excelle GT in China. Yes, the Buick Verano is just a rebadged version of China’s Buick Excelle GT. In October 2010, GM confirmed that it will invest $145 million into its Orion Assembly Center to build a compact Buick sedan and here it is – the 2012 Buick Verano.

But being rebadged is not a bad thing at all. The 2012 Verano is Buick’s first compact luxury sedan and is the third new model in the past two years from the brand.

“Verano expands our lineup, continues Buick’s momentum and gives us a great opportunity to attract a new generation of customers with a product that delivers on their expectations for design, performance and technology,” said John Schwegman, vice president of Buick marketing. “It is a smart choice that delivers unexpected luxury in a compact sedan – and it will compete head-to-head with competitors from Audi and Lexus.”

Buick is hoping those that consider the Audi A3, Lexus IS and the Volvo S40 will look at the Verano as a car that provides “luxury, refined performance, craftsmanship and beauty.”

While the 2012 Buick Verano is based on the same platform as the Chevrolet Cruze, it uses totally different materials on the inside and looks very luxurious on the outside.

Power comes from the 2011 Buick Regal’s 2.4L Ecotec 4-cylinder engine making 177-hp and 170 lb-ft of torque. Mated to a 6-speed automatic transmission, the 2012 Buick Verano will run from 0-60 mph in 8 seconds and should estimate 31 mpg on the highway. GM says that a 2.0L turbo engine will be offered in the near future. We’re guessing that will be the same 2.0L 4-cylinder Ecotec turbo from the Regal lineup, which produces 220-hp and 258 lb-ft of torque – now that should be an interesting matchup.

While prices have yet to be confirmed, Buick is considering an entry level price range between $20,900, according to earlier leaked info. The top-of-the-line model could hit $26,200. Sales of the 2012 Buick Verano will start in the fourth-quarter of 2011.

The 2012 Buick Verano will make its public debut next week at the 2011 Detroit Auto Show so make sure you join us for live coverage starting Jan. 10.

Hit the jump for the full press blast along with the high-res gallery.

DETROIT – The all-new 2012 Buick Verano compact luxury sedan, the brand’s third new model in the past two years and first in the compact luxury segment, will be revealed at the North American International Auto Show.

Verano goes on sale in the fourth quarter of 2011, the latest model in a product renaissance that began with the Enclave and continued with the LaCrosse and Regal. Like them, Verano is distinguished by luxury and technology, including 10 standard air bags, an available heated steering wheel and a next-generation radio system with OnStar-powered connectivity that enables seamless communication between the Verano and the driver’s smart phone.

Five elements infused in Verano that define its character:

“Verano translates Buick’s sculptural design language in a new size, with all the refinement and attention to detail pioneered by the Enclave and LaCrosse,” said Dave Lyon, design director. “Beyond all that, it’s simply a great-looking car. It has great proportions and sophisticated details that will look great for years to come.”

Complementing Verano’s precisely crafted, premium-accented exterior is an interior marked by exceptional seat comfort and support, as well as premium soft-touch materials, including ambient lighting inspired by the LaCrosse. Metallic and wood trims and warm ambient lighting make the cabin an inviting environment.

Neutral and medium titanium colors are offered on interiors with leatherette/fabric seating surfaces, while ebony, cashmere and a unique Choccachino color are offered on the available leather-trimmed interiors. Verano uses the same premium leather material for the seats that is used on the LaCrosse.

Verano’s headliner cover is made of a knit material that is one of five layers of an acoustically designed headliner to help quiet the passenger compartment. The interior pillar and other moldings are color- and grain-matched to the headliner.

Verano delivers the library-quiet driving experience for which Buicks have become known. Quiet-tuning systems, processes and components are built into every facet of the vehicle’s architecture. All are designed to block or absorb sound and dampen or eliminate vibrations.

Hydraulic ride bushings, for example, and an isolated engine cradle reduce or eliminate vibration pathways that could be transmitted to the passenger compartment. Similarly, a number of noise-reducing and noise-cancelling technologies are employed throughout the body structure, including:

• The steel front-of-dash panel is sandwiched between two damping mats
• Nylon baffles are used in various hollow portions of the body structure and filled with sound-absorbing foam that expands when the body enters the paint oven
• The headliner comprises five layers of thermal fiber acoustic material, including a premium woven fabric on the visible outer layer
• Patches of sound-damping material are applied strategically throughout the body structure and melt into place when the body passes through the paint oven, allowing the patches to follow the contours of the sheet metal below
• Sound insulation material between rear-body structural components that is made from recycled denim
• Triple-sealed doors that feature fiberglass “blankets” serve as water, airflow and noise barriers. The doors are also beta-braced, meaning they close with a solid, precise sound and no resonance
• Optimized windshield and side glass for quietness, with 5.4-mm-thick laminated windshield and 4.85-mm laminated side glass
• The engine’s intake and exhaust systems are tuned for quiet performance
• Isolated brake and fuel lines prevent vibrations.

Even the wheels and tires contribute to Verano’s quietness. The standard 17-inch aluminum wheels are manufactured in a unique way to enhance quietness, while the tires minimize road noise.

A power-dense Ecotec 2.4L four-cylinder, with dual-overhead camshafts, variable valve timing and E85 capability, is the standard engine in the Verano. It produces an estimated 177 horsepower (132 kW) and 170 lb.-ft. of torque (230 Nm). Direct injection technology helps it produce more power with less fuel and lower emissions – including up to 25-percent reduced hydrocarbon emissions when compared with a multi-point fuel injection engine. The engine is matched with a six-speed automatic transmission that helps the Verano deliver an estimated 31 mpg on the highway. Electric power steering and a more efficient transmission design help optimize fuel economy.

The front suspension uses decoupled MacPherson struts for better isolation, providing greater separation of extreme road conditions – large potholes, for example – from everyday driving conditions. At the rear, a technically advanced Watts Z-link design helps center the rear axle during cornering, which helps keep the Verano’s handling responses symmetrical on both left-hand and right-hand turns. The linkage’s capability to center the axle during cornering delivers a more-balanced driving experience because the rear suspension better follows the lead of the front suspension.

Steering inputs are executed by an electric power steering system, featuring a dual-pinion rack. Electric powering steering helps save fuel because it removes the conventional power steering pump from the engine’s driven accessories. Engineers tuned the speed-sensitive system to provide quick, direct reaction to steering actions and a strong on-center feel. The system has a ratio of 15.5:1 and requires only slightly more than two turns, lock to lock.

Comprehensive connectivity is enabled by OnStar’s remote vehicle access, which makes keeping tabs on the vehicle a breeze from anywhere with a smart phone. Highlights include:

Downloading an OnStar app enables the use of remote vehicle features from anywhere in the world. With a few taps, customers can check the:

Safety is another component in Verano’s technology story. Primary features include: 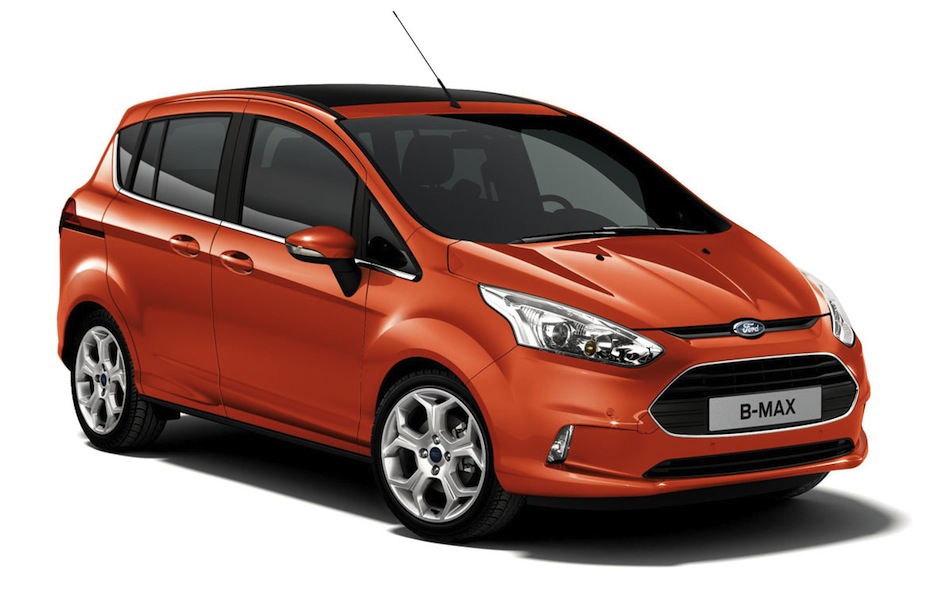 February 1, 2012 Omar Rana Comments Off on 2013 Ford B-MAX previewed ahead of Geneva debut