After the recent epic Three-Wisemen reenactment by Top Gear UK, fans can now view the vehicles used in the episode at the National Motor Museum in Beaulieu, England.

To those who have yet to see the episode, the three middle-aged men were sent to follow the path of the three wise men. Their journey started in Iraq and ended 1,200 miles away in Bethlehem.

In the usual Top Gear, ambitious-but-rubbish theme, the three were given a set of challenges over the course of the trip and were forced to use cars that were completely not up to the task of tackling the war-scarred cities and deathly deserts in the Middle East: a Mazda MX5, piloted by Jeremy Clarkson; a BMW Z3, driven by James May; and lastly, a Fiat Barchetta, as Richard Hammond’s choice. Their goal was to get to Bethlehem while also acquiring gold, frankincense, and myrrh – whatever that is.

Upon completion of their journey, the three roadsters were put on display in addition to the Cool Wall, the celebrity lap time board, and many other Top Gear creations made in their famous challenges.

“We like to keep the exhibition as up to date as we possibly can and what could be better than for fans to see the show on TV and then the cars just a few days later,” said Stephen Munn, Commercial Director at the National Motor Museum. 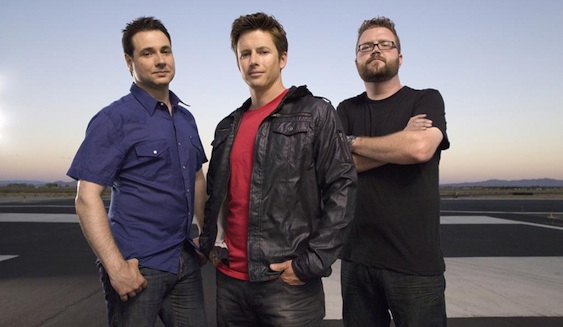 Top Gear USA gets approved for season 2, nearly 60 million tuned in for season 1

February 10, 2011 Omar Rana Comments Off on Top Gear USA gets approved for season 2, nearly 60 million tuned in for season 1