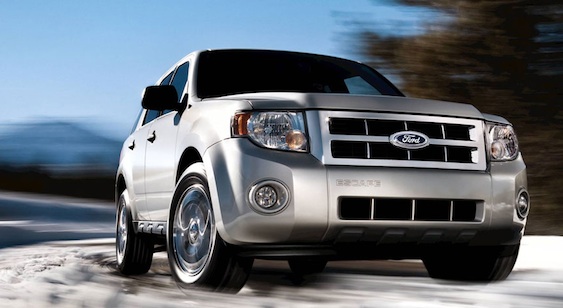 Well that was quick. Just yesterday we heard reports that FoMoCo will show a concept version of the next-generation Escape and Kuga at the 2011 Detroit Motor Show and today the Dearborn automaker confirmed that it will indeed “signal its future direction for the next-generation Escape through a concept vehicle debuting at the North American International Auto Show in January.”

What’s more important is that Ford is investing $600 million to transform its Louisville Assembly Plant into a state-of-the-art facility, becoming Ford’s most-flexible high-volume plant in the world. Ford used to build the Explorer at the plant in Kentucky but moved production to its Chicago assembly plant to provide future manufacturing flexibility.

Ford said that once the Louisville Assembly Plant re-opens in late 2011, it will operate on two production shifts, requiring an additional 1,800 jobs from today’s staffing levels.

Note: The picture seen in this article is of a 2011 Ford Escape.

LOUISVILLE, Ky., Dec. 9, 2010 – Ford Motor Company today announced it is investing $600 million to transform its Louisville Assembly Plant into a modern, flexible facility that is building the next-generation Escape for the North America market starting late next year.

The plant is the third North American body-on-frame truck plant that Ford is re-tooling to enable production of fuel-efficient products from its global vehicle platforms. Louisville Assembly has been building the Ford Explorer SUV since 1989.

Ford moved production of the all-new 2011 Explorer to Chicago Assembly and is overhauling the Louisville facility to build the next-generation Escape and providing future manufacturing flexibility.

When the transformed Louisville Assembly Plant restarts production in 2011, it will operate on two shifts with approximately 2,900 employees – up from today’s one shift and approximately 1,100 employees. The 1,800 additional jobs are expected to be filled through a combination of transferring employees from other facilities, re-activating workers on indefinite layoff at the time of launch and hiring new workers.

“Our Louisville Assembly Plant transformation further proves our commitment to American manufacturing and our commitment to deliver the high-quality, fuel-efficient vehicles people really want,” said Mark Fields, Ford’s president of The Americas. “Working closely with the UAW and Kentucky officials, we have found a way to competitively deliver an important new vehicle that is good for our customers and supports our plan to deliver a well-balanced product portfolio of cars, trucks and utilities.”

Ford will signal its future direction for the next-generation Escape through a concept vehicle debuting at the North American International Auto Show in January.

Later in the year, the plant reopens with tooling and facility upgrades in its final assembly area and body shop. Reprogrammable tooling in the body shop will allow the plant to produce multiple vehicle models at the same time without requiring downtime for tooling changeover – making Louisville Assembly Plant Ford’s most flexible high-volume plant in the world.

With this new technology, Louisville Assembly can build up to six different vehicles at the same time, allowing Ford to meet demand more quickly in the event of potential shifting customer preferences dictated by changing economic conditions.

“Manufacturing flexibility is a key to competitiveness, and we are continually exploring ways to raise the bar in this critical area of the business,” said Jim Tetreault, Ford’s vice president of North America Manufacturing. “While we are launching Louisville Assembly Plant with one key product – the next-generation Ford Escape – we are building in the flexibility to produce other vehicles at the plant in the future, depending upon volume requirements, customer preferences and other factors that affect vehicle demand.”

The Commonwealth of Kentucky and the city of Louisville are key partners in strengthening the foundation for Ford’s commitment to American manufacturing in Louisville. Ford’s state and local partners have committed up to $240 million in tax incentives during the next 10 years, based on current and potential future investments and job creation at the company’s two Kentucky facilities – Louisville Assembly Plant and Kentucky Truck Plant.

Kentucky’s incentives are based upon an initial combined Ford investment at both facilities of about $800 million – the $600 million for Louisville Assembly transformation and the previously invested $200 million for accommodating Ford Expedition and Lincoln Navigator production at Kentucky Truck Plant. The incentive also allows for additional investment in the future.

“We are grateful to the Commonwealth of Kentucky and the city of Louisville for their support of Ford and our commitment to manufacturing here,” Fields said. “With Louisville Assembly Plant up and running next year, Ford will have nearly 6,600 employees in Kentucky, and the work we have done together makes this an important manufacturing center of excellence for us.”

“Kentucky takes great pride in its ongoing partnership with Ford Motor Company,” said Gov. Steve Beshear. “The transformation of the Louisville Assembly Plant demonstrates the depth of that relationship and the tremendous results that can occur when state and local government and the private sector work together. It is because of our relationship that the Commonwealth proactively approved an amended incentive package today that will create the flexibility to potentially increase Ford’s investment and jobs at Louisville Assembly Plant and Kentucky Truck Plant over time.”

Ford’s investment of $600 million in Louisville Assembly Plant for production of the next-generation Escape also is supported by the company’s green partnership with the U.S. Department of Energy. Louisville Assembly Plant is one of 11 Ford facilities in the U.S. participating in the Advanced Technology Vehicles Manufacturing Incentives Programinitiated by Congress and implemented by the Obama administration. The program is helping to develop advanced technology vehicles and strengthen American manufacturing across the country.

“Only one word can capture the magnitude of today’s announcement – WOW,” said Louisville Mayor Jerry Abramson. “Ford is making a long-lasting investment in the company’s future in Louisville, Kentucky and a tremendous commitment to our citizens by dramatically expanding the number of good-paying jobs. 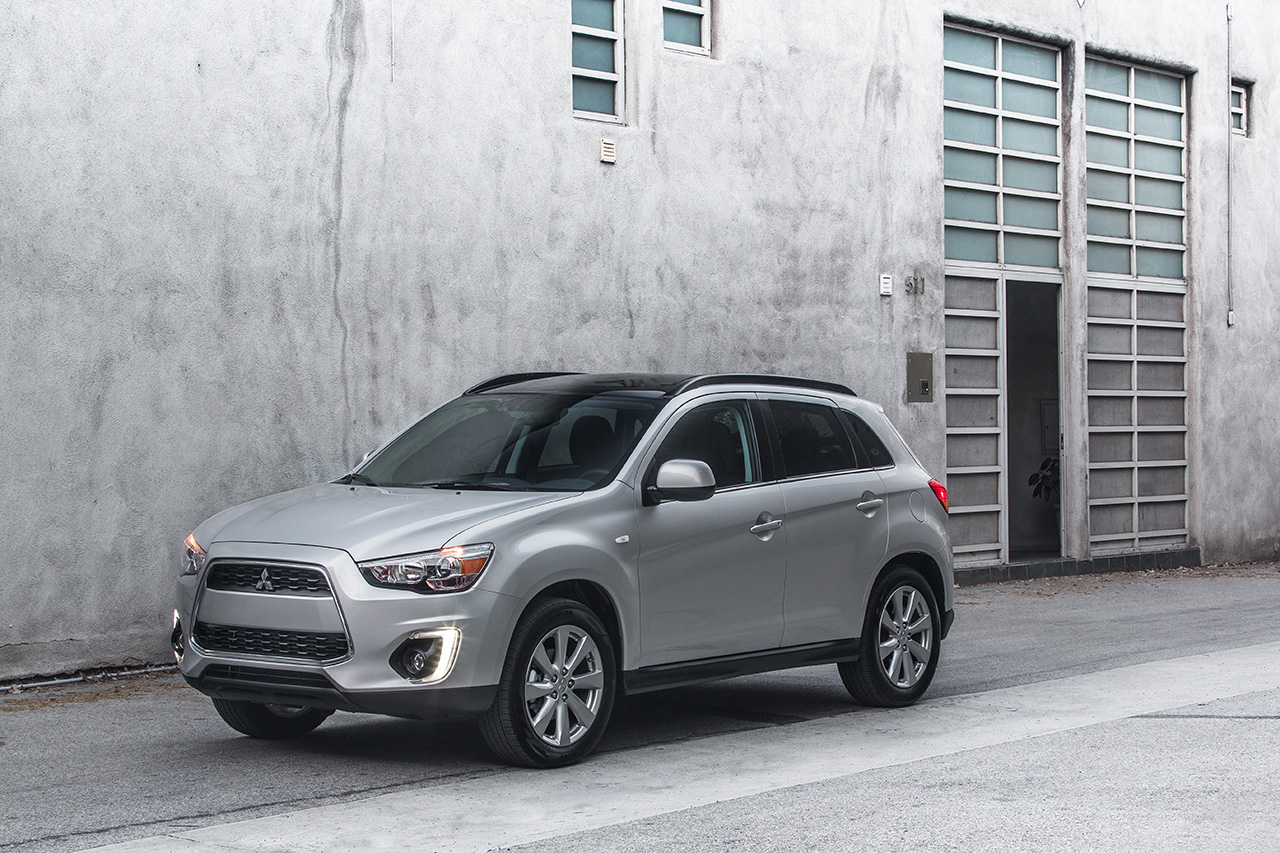 May 21, 2015 Chris Chin Comments Off on Report: Mitsubishi’s prepping to replace the Outlander Sport outright next year 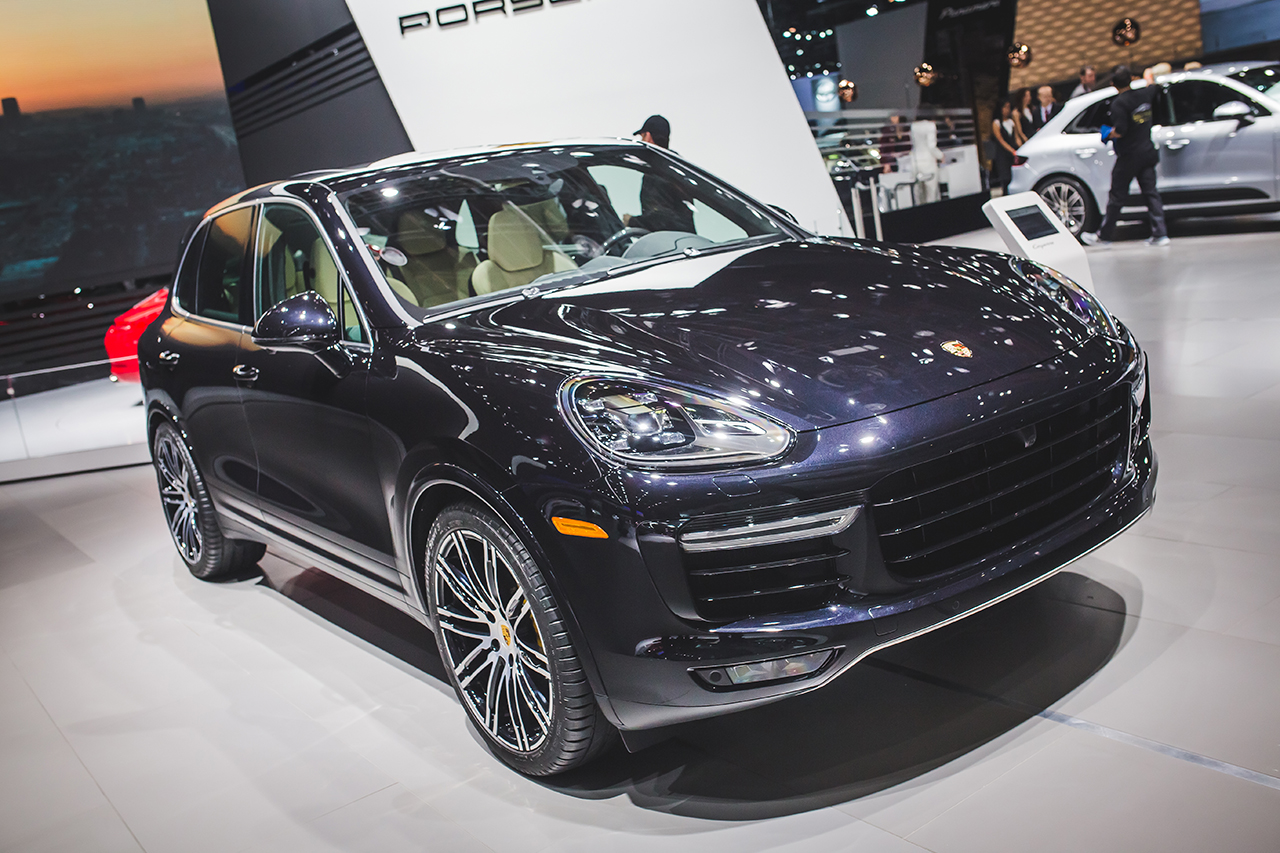