“Ford is investing in American manufacturing, ensuring that the most important new products in the company’s lineup are built in the U.S. by UAW workers,” said Jim Tetreault, vice president of North America Manufacturing. “We are thrilled to bring 2011 Ford Explorer production to Chicago Assembly Plant along with the jobs and investment it provides to the region. We look forward to finding more opportunities for competitively growing our business and providing customers with capable, fuel-efficient, stylish, high-quality products.”

The plant will begin to ship the 2011 Explorer to dealerships across the United States as early as next week.

CHICAGO, Dec. 1, 2010 – The reinvented 2011 Ford Explorer has started rolling off the line at Ford’s Chicago Assembly Plant, marking a new beginning for both the historic factory and the iconic SUV.

The Torrence Avenue plant has been extensively renovated to accommodate production of the new Explorer, and all employees have prepared for its launch by participating in extensive training programs.

Ford Explorer – the vehicle that defined a segment 20 years ago with more than 6 million sold – has been reinvented for the 2011 model year, raising customers’ expectations of sport utility vehicle fuel efficiency, technology, capability and quality. The seven-passenger SUV also raises the bar on safety with a class-leading array of features including industry-first inflatable rear seat belts, Trinity front impact structure, AdvanceTrac® with RSC® (Roll Stability Control™) and Curve Control technology.

The company’s investment at Chicago Assembly allowed for renovations to accommodate the all-new Explorer, which is wider and taller than the outgoing model. This meant Ford had to rework everything from vehicle carriers to the overhead clamshells that carry unfinished vehicles from one part of the line to another. Twenty new pieces of equipment, 175 electric tools and more than 70 rearranged workstations rounded out the enhancements.

All of these renovations were done without disrupting production of Taurus and MKS. In fact, in the 2010 J.D. Power and Associates Initial Quality Survey, which measures “Things Gone Wrong,” Taurus ranked highest within its segment. Taurus also ranked highest in its segment in the 2010 J.D. Power and Associates APEAL Survey, which measures “Things Gone Right.” Both are important third-party measures of quality and customer satisfaction.

“No details were overlooked, because we are dedicated to ensuring our plant continues to deliver the best, highest-quality products possible, and competes on the international stage in an increasingly global auto industry,” said Jan Allman, Chicago Assembly Plant manager.

Additionally, a “rough road” test track was revamped, featuring seven surfaces designed to help employees identify any squeaks and rattles on vehicles before they leave the plant.

An updated error-proofing system also was incorporated that will benefit all the products built at Chicago Assembly Plant. The system uses technology to assist operators at various workstations in confirming proper vehicle assembly. A device resembling a key fob is used to ensure the plant’s electrical tools have applied the proper amount of torque during assembly. If any equipment does not receive the proper torque, the line will stop. With the assistance of this technology, the operator has the necessary information to make a decision about whether or not there is a concern. Any and all concerns are addressed before the vehicle is permitted to move to the next assembly station.

“In addition to all of the physical upgrades we’ve made at the plant to prepare for this important launch, we’ve taken work force training to a new level,” Tetreault said. “We trained the work force with an emphasis on quality. Chicago Assembly has a record of delivering vehicles with consistently high quality and excellent customer satisfaction. We are doing everything we can to make this plant the most competitive in every measure.”

For Explorer, training sessions began midyear, and included both classroom and hands-on learning for new and existing employees. New workers were trained on “static” vehicles, before being paired with an operator to ensure they were qualified to work on their own. A staggered shift also helped integrate new employees, and ensured the same level of quality on both shifts.

Additionally, a standardization process adopted from Ford’s Hermosillo (Mexico) Stamping and Assembly Plant assured that operators aren’t considered certified until they have worked on 400 units consecutively without error. All workers had to achieve this milestone before they could work alone on the line.

Building on history
Chicago Assembly has a proud history of producing high-quality vehicles. As Ford’s oldest assembly plant in North America still in operation, it has produced generations of important Ford cars and trucks. The original Chicago Assembly Plant produced the classic Model T, and then later expanded into its current location and produced Ford delivery trucks, the Model A and Model A Convertible Cabriolets, among others that have made their mark in automotive history.

In 1942, Chicago Assembly converted to war production, manufacturing nearly 6,000 M-8 armored cars and M-20 reconnaissance armored units, equipped with anti-mine floors developed by Ford under the supervision of the Army Ordnance Department. Production of the Mercury Sedan in 1945 marked the plant’s return to civilian vehicles.

In 2009, Chicago Assembly produced all of the company’s Ford Taurus and Lincoln MKS sedans. The plant will begin to ship the 2011 Explorer to dealers as early as next week. 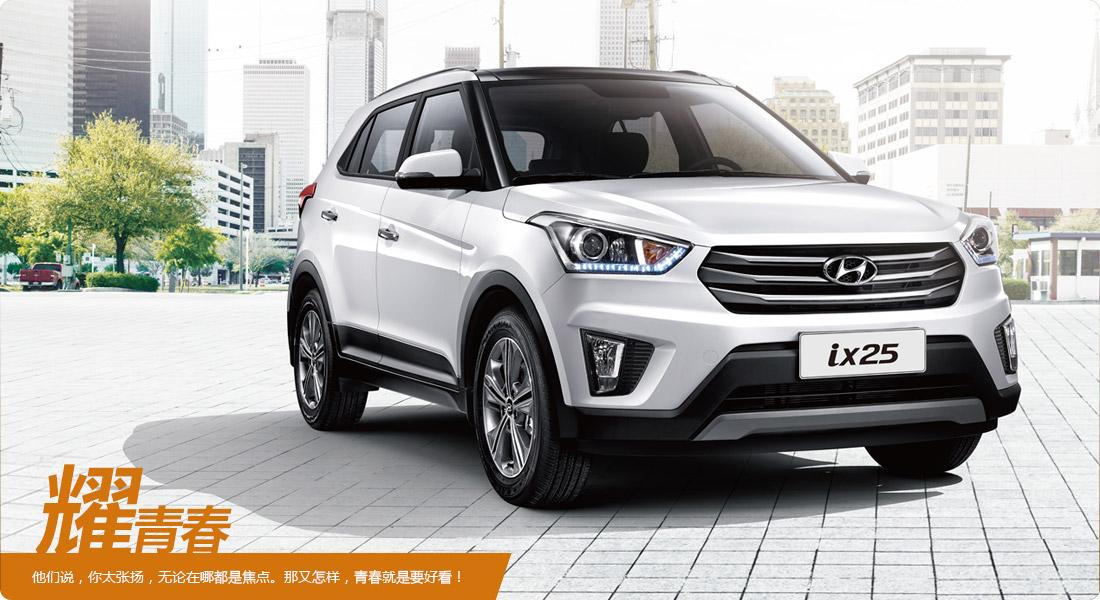 Report: Hyundai could import their China-aimed ix25 into the states

October 29, 2014 Chris Chin Comments Off on Report: Hyundai could import their China-aimed ix25 into the states