In an effort to appeal to a more affluent audience with the new A8, Audi of America is going to be concentrating nearly 70% of its media budget on Sunday television. An NFL sponsorship and planned Super Bowl XLV commercial are at the heart of this strategy. An increased investment in Sunday-morning news programming is also expected, as is Sunday prime-time programming.

Nielsen research shows that Audi will be able to reach 84% of its target market of affluent individuals on a Sunday-only media schedule, as opposed to 88% with a comparable but incrementally expensive five-day schedule. NCAA footbal, which is typically broadcast on Saturday, will remain a part of the ad strategy.

Despite the fact that BMW outspends Audi on advertising four-fold, Audi is expecting to finish the year with record U.S. sales. 2010 ad expenditure by the company is also expected to to top the $81 million it shelled out on measured media in 2009.

Audi is a big fan of Super Bowl advertising, after seeing a huge jump in brand perception after last year’s media fest. Product placement, such as was seen witht he R8 Spyder appearing in ‘Iron Man 2’ is also a favorite of Audi, but offers a much less measurable investment of ad dollars.

Let us know what you think: Are product placements in cinema, such as the Chevrolet Camaro in Transformers and the Audi R8 Spyder in Iron Man 2, capable of propelling cars into the mainstream without the heavy ad spending that is required of the Super Bowl and similar events?

April 25, 2011 Omar Rana Comments Off on Video: Lamborghini Aventador is the perfect car to have for the Apocalypse 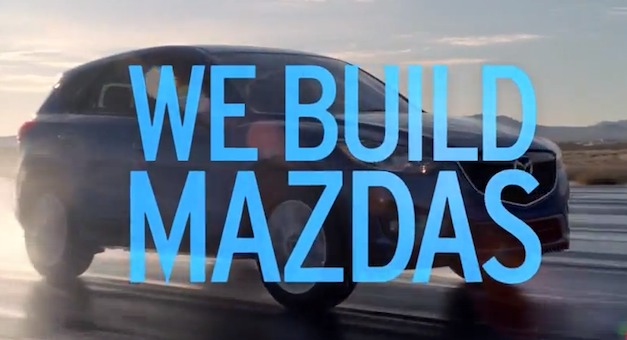