The 2012 Mercedes-Benz SLK will also feature MAGIC SKY CONTROL panoramic vario-roof, which allows the roof to be either transparent or darkened at the touch of a button.

Earlier this month Mercedes-Benz released “official” spy shots of the 2012 SLK roadster, which will debut early next year.

Stuttgart – In January 2011, Mercedes-Benz will be launching the new SLK. The agile sports car will feature a new, exciting design, exceptionally high levels of comfort for a roadster, as well as plenty of open-air driving pleasure. At the same time, it will also set new standards for open-top sports cars in terms of safety. The third generation of the trendsetter will make use of a whole host of the latest assistance systems to support the driver, including the drowsiness detection system ATTENTION ASSIST, developed by Mercedes-Benz and fitted as standard; the optional occupant protection system PRE-SAFE®, which is unique in the world; and the PRE-SAFE® Brake, which can apply the brakes autonomously in the event of an impending front-end collision. As such, with the SLK too Mercedes-Benz is consistently and significantly exceeding the requirements imposed by safety standards.

The best or nothing – the safety experts at Mercedes-Benz have long adopted this motto, coined by Gottlieb Daimler, as their guiding principle. Far from contenting themselves with achieving rating targets, they work intensively on attaining a level of safety which far exceeds the standards stipulated by the world’s legislators. The most important measure of their work is not the laboratory or crash test facility, but actual accident incidents. They call the results of their work Real Life Safety, a concept which is based on research into thousands of accidents. Using this irrefutable evidence, the Mercedes-Benz engineers have developed or initiated most of the assistance systems which today effectively support drivers and have been adopted by many of the company’s competitors.

The new SLK also features a unique combination of driver assistance systems which help to avoid accidents. These include the drowsiness detection system ATTENTION ASSIST, for example. Thanks to this system, the roadster develops a precise feeling for the level of attentiveness of the driver and can provide an early warning of overtiredness.

Also making up part of the standard equipment specification is the ADAPTIVE BRAKE. It comprises ABS, the acceleration skid control system ASR and also active yaw control (GMR). In addition, it features the following functions:

– It supports the driver when moving off uphill, by preventing the vehicle from unintentionally rolling back;
– It also keeps the vehicle stationary without having to keep the brakes applied continuously – for example when waiting at traffic lights;
– As soon as the driver abruptly steps off the accelerator, it brings the brake pads into light contact with the brake discs as a precautionary measure, so that the necessary braking pressure can be attained quicker in the possible event of emergency braking;
– In wet conditions it applies light brake contact, without the driver even noticing, to dry the brake discs.

The ADAPTIVE BRAKE works in conjunction with the equally adaptive brake light. In emergency braking situations, it warns vehicles behind with flashing brake lights.

Available as optional extras are the DISTRONIC PLUS proximity control and the PRE-SAFE® Brake, already tried and tested in other Mercedes-Benz models. Both systems work in conjunction and can initiate emergency braking automatically on detecting an acute risk of an accident. In normal driving conditions, the radar-based DISTRONIC PLUS proximity control adjusts the distance to the vehicle in front automatically. If necessary, it can apply the brakes, even bringing the SLK roadster to a stop, and accelerate it again. This takes some of the strain off the driver, particularly in bumper-to-bumper driving conditions. If the distance starts to narrow too quickly, the system gives the driver visual and audible warnings, thereby prompting the driver to take action, at which point he is also supported by the Brake Assist System PLUS (BAS PLUS).

If the systems detect an acute risk of a front-end collision and the driver does not react, in addition to the visual and audible warnings the electronic system also activates the PRE-SAFE® Brake. In the initial stage, partial autonomous braking is initiated. If the driver does not react to this, in the second stage the PRE-SAFE® Brake increases the braking pressure and can also carry out full brake application independently.

Those wishing to do so can extend the range of assistance systems in the new SLK even further with the addition of features enhancing both safety and comfort:

– The Intelligent Light System provides five lighting functions (Cornering light function, Country mode, Motorway mode, Active Light System and Enhanced foglamps), which are activated depending on the driving conditions.
– The Speed Limit Assist is able to detect speed limit signs using a camera on the inside of the windscreen and indicate the respective detected speed limit on a display in the instrument cluster.
– The optional PARKTRONIC incl. Parking Guidance supports the driver when parking. Its ultrasonic sensors measure the length of parking spaces as the car drives past; the cockpit display then provides a schematic representation of the recommended parking manoeuvre

An additional safety highlight which will be available in the new SLK is the anticipatory occupant protection system PRE-SAFE®, a system developed by Mercedes-Benz which is unique throughout the world. If the system detects an acute risk of an accident, it reflexively activates precautionary protective measures for the vehicle occupants, so that the seat belts and airbags are able to fulfil their protective function to the full during an impact. Mercedes-Benz developed PRE-SAFE® on the basis of research into actual accidents, and is the only manufacturer in the world to offer such a system. This highly effective system has so far not been taken into account when producing ratings, however.

In the new SLK, additional post-crash measures will also supplement the PRE-SAFE® system to enable prompt assistance after an accident has occurred: depending on the damage, the interior lighting can be switched on automatically, the side windows can be opened by 50 mm, to provide better ventilation in the interior, and in vehicles with the Memory package the steering wheel can be moved upwards.

Taking into account all of the requirements of the rating institutes

In developing the new SLK, the requirements of Euro NCAP as well as all of the global consumer ratings have been taken into account. This has contributed to the development of the bodyshell structure of the vehicle, which follows established concepts and has been optimised in a number of detailed areas. These include, among other things, reinforced members, a new side impact structure and new fibre-reinforced roll-over bar.

In the event of an accident, up-front sensors and lateral satellite and roll-over sensors help the central control unit to predict the nature and severity of the accident. New, additional pressure sensors in the doors as well as acceleration sensors in the front bumper help in detecting an impact with a pedestrian.

The restraint systems with two-stage driver and front passenger airbags have also been enhanced. A new feature is the headbag, which provides generous lateral protection for the head impact area. An additional thorax airbag in the seat backrest protects the upper body in the event of a side impact. The seat belts, with belt buckle tensioners and speed-sensitive belt force limiters, serve to highlight the high safety standards of Mercedes-Benz.

Another new feature finding its way into the standard equipment of the forthcoming SLK comes in the form of the NECK-PRO crash-responsive head restraints, developed by Mercedes-Benz. They support the driver’s and front passenger’s head in the event of a rear impact and reduce the risk of whiplash. Also fitted as standard is automatic child seat recognition.

The new SLK roadster uses the latest technology in the area of pedestrian protection too. A sensor system is able to register an impact with a pedestrian and can ensure that the bonnet is immediately raised by 85 mm. This creates additional space between the bonnet and the components in the engine compartment. This in turn results in comparatively lower acceleration values for the head of the pedestrian during the impact, thus reducing the overall risk of injury.

As a result, the new SLK provides its occupants not only with a superior level of safety in all areas – something which is unique in this segment – but also enhanced safety for other road users too. 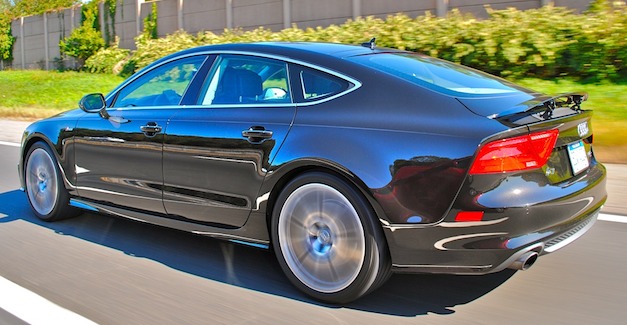