“Dodge Durango appeals to customers who need the versatility of a crossover and capability of an SUV, but want the refinement and characteristics of a premium performance vehicle,” said Ralph Gilles, President and CEO, Dodge Brand and Senior Vice President, Design “” Chrysler Group LLC. “Durango owners love to drive and relish the feelings it evokes, but also want a vehicle that stands out from the crowd and expresses their individuality.”

November 15, 2010 , Auburn Hills, Mich. – Buckle in and hold tight. Dodge is jumping back into the sport utility (SUV) segment with the 2011 Dodge Durango, a three-row vehicle spacious enough to carry the entire crew and performance-tuned to thrill anyone who truly loves to drive. Durango will lead the Dodge brand”s new product onslaught for 2011.From its sleek exterior design to its modern, spacious interior, and intelligent, fuel-efficient and powerful powertrain options, the 2011 Dodge Durango is all-new from the inside out. And the changes are more than skin deep. The Durango”s unibody structure is more than 25 percent stiffer than its predecessor. The end result is a vehicle with crossover versatility, SUV capability and performance in a different league than its competitive class.

RE-ENGINEERED FROM THE ASPHALT UP
The all-new 2011 Durango delivers excitement and refinement with world-class suspension and performance. It”s a driver”s SUV that delivers impressive on-road performance and capability with the flexibility of a three-row SUV.

Benchmarked against premium performance SUV”s in the market, Durango delivers modernized refinement with electronics, suspension and structural characteristics that are usually found at much higher price points.

The unibody structure is built with a selection of high-strength and ultra-high-strength steels that improve driving dynamics by integrating the suspension with the body “” reducing flex when compared with the previous body-on-frame design. In fact, 52 percent of the Durango”s structure is made from these advanced steels. More than 5,500 welds and more than 4,100 mm of arc welding contribute to torsional stiffness levels greater than the Mercedes-Benz GL.

A robust structure, impressive braking and unexpected stability contribute to the Durango”s best-in-class trailer tow capability. On models equipped with the Pentastar V-6 engine, the Durango can tow up to 6,200 pounds””more than the V-6 and small V-8 that were available in the previous Durango. When coupled with the 5.7-liter HEMI® V-8 engine, the all-new Dodge Durango offers trailer-tow capability of up to 7,400 pounds””more weight than a 24-foot boat and trailer.

TWO POWERTRAIN SYSTEMS COMPLEMENT THE DRIVING SPIRIT
The all-new Durango is available with two powertrains that provide rear-wheel-drive performance and fuel efficiency. Engines available in the all-new 2011 Dodge Durango include the flex-fuel 3.6-liter Pentastar V-6 and 5.7-liter HEMI V-8 ““ both engines feature variable valve timing (VVT). When equipped with the Pentastar V-6, the Durango can drive more than 500 miles on a tank of gas.

3.6-liter Pentastar V-6 engine
The 3.6-liter V-6 engine is an all-new design, featuring double-overhead camshafts (DOHC) and a high-pressure die-cast aluminum cylinder block in a 60 degree configuration. Contributing to best-in-class V-6 towing for Durango, the engine delivers 290 horsepower (216 kW) at 6,400 rpm and 260 lb.-ft. (353 N”¢m) of torque at 4,800 rpm, providing customers with more than 14 percent improvement in fuel economy, a 38 percent increase in horsepower and 11 percent increase in torque over the engine it replaces. The EPA fuel economy miles per gallon (mpg) (City/Hwy) are 16/23 for rear-wheel-drive models, 16/22 for all-wheel-drive models.

“We took the performance car mantra from our own backyard and applied the formula to Durango,” said Joe Dehner, Head of Dodge and Ram Design ““ Chrysler Group LLC. “The Durango and Charger were designed at the same time, allowing the bold styling from the Charger to spill over to our all-new three-row SUV.”

In line with Charger, the side profile of the Durango features a powerful shape, accented by muscular fender arches and curves that flow back in through the doors, resembling the iconic shape of a “coke-bottle.” The greenhouse of the car blends seamlessly into the body, completing the “double-diamond” shape. A body-color rear spoiler significantly reduces drag and adds visual drama to the side profile.

The Durango”s all-new interior is a surprise owners always deserved but never expected. Created by the same interior design studio that designed the much-lauded interior in the Ram trucks and the all-new Jeep® Grand Cherokee, the Durango”s upscale interior materials and thoughtful design will make owners and their crews want to jump in, hunker down and thoroughly enjoy even the longest drive. Everywhere they touch, from the steering wheel all the way back to the soft third row armrest, Durango passengers will feel materials that are refined. Not only is it a pleasure to behold, it is extremely functional and gives owners a first-class experience, regardless of the trim level. Durango”s interior is also extremely comfortable for all three rows of passengers, and there”s a surprising amount of interior flexibility.

The all-new instrument panel features a beautifully crafted monotone or two-tone appearance with a dark upper and lighter lower color and premium soft-touch materials for all price classes. Panel construction also features tighter gaps when compared to its predecessor and almost 50 percent fewer intersections of parts for higher fit and finish levels, giving customers “I can”t believe this is mine” looks.

“The Dodge Durango was designed, developed and built with quality as a top priority at every stage of the process,” said Doug Betts, Senior Vice President, Quality ““ Chrysler Group LLC. “For example, we have increased the precision and the number of evaluations of fit-and-finish, making adjustments starting with the early digital design phase. Our engineers benchmark hundreds of criteria to set and achieve aggressive targets for performance against competitors.”

Beginning with the all-new models developed for the 2011 model year, Chrysler Group has significantly increased the number of reliability testing miles. Engineers tested the new Durango for the equivalent of 6 million miles during its reliability and durability evaluation in the company”s scientific labs, at the proving grounds and on public roads in various climates. This builds upon the 7.5 million testing miles of the Durango”s platform mate, Jeep Grand Cherokee, for a total of 13.5 million miles for the company”s redesigned SUV platform.

HIGH-TECH FEATURES KEEP PASSENGERS ENTERTAINED AND SECURE
From families taking a long road trip and needing to keep the kids entertained, to sports enthusiasts who don”t want to miss the game and teens who can”t live without on-line gaming, the all-new 2011 Dodge Durango offers the latest high-tech features to keep driver”s eyes on the road and passengers connected. Drivers can communicate, navigate and select entertainment options with advanced voice-recognition controls. Passengers can stay entertained with the latest available features, including, SIRIUS Satellite Radio™, SIRIUS Backseat TV™ and Uconnect® Web. 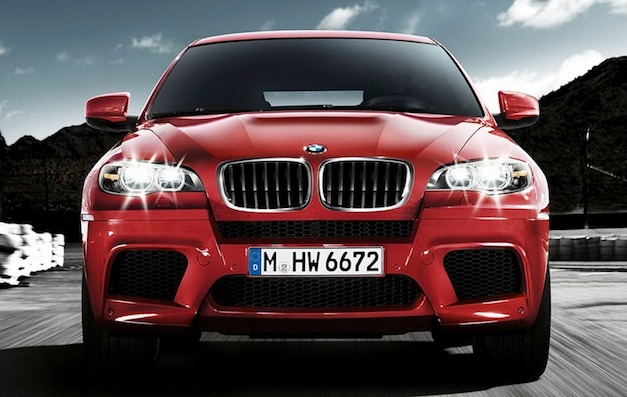