Customers interested in both the Flying Spur and the Flying Spur Speed, the models are now available with a range of 14 options from Series 41 designs. Also, all Continental Flying Spur and Supersports models are now come standard with a 30GB touchscreen infotainment system. The Series 51 designs allow customers to tailor their cars to their individual tastes with a choice of three contrasting colors, luxurious wood veneers and leather hides as the main canvas. Two -tone interior color and a third accent color for stitching and piping are also available. Also available are unique Series 51 graphite-finished nine-spoke, 19-inch sports alloy wheel and twin Series 51 wing badges.

The 2012 model year Continental Flying Spur, Flying Spur Speed and their Series 51 together with the 2012 Supersports coupe and convertible will go on sale from March 2011.

(Crewe, England. 11 November, 2010) The Continental Flying Spur and its sporting stablemate the 200mph (322km/h) Flying Spur Speed are the most successful four-door Grand Tourers in Bentley’s history and among the best-selling ultra-luxury saloons in the world.

Since its launch, the Flying Spur has achieved extraordinary sales success across the globe in traditional markets like the USA, the Middle East and UK as well as emerging luxury markets such as China and Russia.

The Flying Spur has attracted a new generation of luxury car buyers to the Bentley marque and has played a pivotal role in the company’s revitalisation. The Flying Spur’s blend of craftsmanship, dynamic performance, style and practicality appeals in equal measure to those who demand an exciting driving experience and those seeking refinement and comfort.

Now the luxurious style of the Flying Spur is even more compelling with the introduction of a range of dramatic Series 51 designs, first seen on the Continental GT and GTC. Customers of both the Flying Spur and Flying Spur Speed models may now select from a range of 14 Series 51 designs, recommended by Bentley’s colour and trim experts. In addition, all Continental Flying Spur and Supersports models are now specified as standard with a state-of-the-art, 30GB touchscreen infotainment system, seamlessly integrated into their handcrafted cabins.

Series 51 represents Bentley design at its most vibrant. It allows customers of both Continental Flying Spur and Flying Spur Speed to order ‘off the peg’ from an innovative and exclusive range of recommended combinations created by Bentley’s colour and trim designers at the company’s headquarters in Crewe, England, as Dirk van Braeckel, Bentley’s director of design comments:

“The Series 51 design concept is inspired by the spirit of the inaugural Bentley styling department in Crewe established by the gifted John Blatchley, who shaped the original and iconic 1950s Bentley Continentals. Today, it provides for a virtually bespoke ordering service due to the thousands of configurations available through Bentley’s expansive colour and trim catalogue.”

“Each Series 51 Flying Spur is instantly recognisable ““ most notably in the cabin area ““ where the colour and trim team has created a wide selection of three-tone interiors demonstrating the full potential of the company’s vast colour palette.”

For Series 51 designs, the Bentley styling team operates on a ‘rule of three’ principle to create complex but harmonising colour schemes of depth and beauty, inspired by a customer’s simple choice of three contrasting colours. With luxurious wood veneers and leather hides as the main canvas, the colour and trim specialists begin with a main interior colour (typically a darker shade) and then select a second insert colour to provide an eye-catching contrast. A critical skill is identifying the third ‘accent’ colour for the stitching and piping.

The selection of wood veneers or aluminium panels for the dashboard either complements the overall look or provides even greater contrast if the customer so desires.

Bentley has reserved the limited-edition Sapelli Pomelle veneer (which provides a rare, naturally occurring quilted effect in the wood) for the Series 51 Flying Spur and a range of further options, including Bentley’s leather trimmed child seat and scatter cushions for the rear seats, may also be specified to further complement the exclusive design.

Whilst the 14 options for the Series 51 Flying Spur provide customers with the opportunity to select some of Bentley’s most eye-catching design work, the colour and trim team is also more than happy to create even more bespoke designs, knowing they have only shown a fraction of the possibilities, as Melinda-June Jenkins explains:

“One of the most exciting aspects of the Series 51 designs is the feedback from Bentley customers and their desire to explore further what we can offer. Series 51 provides just a starting point and now we are creating designs which make an even stronger and more personal statement.”

The paint range encompasses cool and crisp hues through to rich and fiery shades and everything in between with the Bentley colour and trim team recommending one of the three selected interior colours to complement and highlight the relationship between inside and out.

As a further sporting touch, all the latest Continental Flying Spurs, including Series 51 models, may now be specified with distinctive blue brake callipers and front wing vents styled by Bentley’s head of exterior design, Raul Pires. These sleek vents, positioned to the rear of the front wheel arches, are set into a uniquely tooled wing panel and feature a black or chrome mesh finish.

An 8-inch screen displays the car’s audio system, telephone, ride and comfort settings as well as the very latest navigation system, which uses both an in-car hard-disc drive and a DVD player to access route data. It also utilises dynamic navigation to avoid heavy traffic spots, locates destinations using geo-tagged photos from an SD memory card and is Google Maps-compatible for most markets.

The infotainment system, with 7-digit postcode entry, combines touchscreen controls and classic Bentley knurled rotary switches to offer instant usability and crystal-clear feedback. The graphic interface of the screen was specified by Bentley’s interior design team to ensure its visuals are wholly in keeping with the classic, handcrafted interior. The ‘knurled’ switches on the screen for example, are ‘virtual’ echoes of the knurled texture of the jewel-like rotary switches below.

The latest Continental Flying Spur and Supersports models also benefit from telephone and music player connectivity, digital television (where available) and DVD movie playback. Music can be played and controlled directly from an iPod as well as from a six-disc CD changer, SD card reader or directly from the car’s hard-disc drive, which can store up to 15GB of music.

The new infotainment system is complemented by a new driver information panel (DIP) located in the main instrument cluster. The new wide-screen DIP employs TFT technology and enhanced graphics provide the driver with clear and easily accessible information about a wide range of car systems. These include the setting of head lamp ‘coming home’ controls, door locking and mirror functions while providing significantly improved control of such features as phone pairing and bluetooth media connectivity.

The new 2012 model year Continental Flying Spur, Flying Spur Speed and their Series 51 design options, together with the 2012 Supersports coupe and convertible models go on sale from March 2011.

December 10, 2009 Omar Rana Comments Off on Hyundai Tiburon to come back as a Honda CR-Z Hybrid competitor 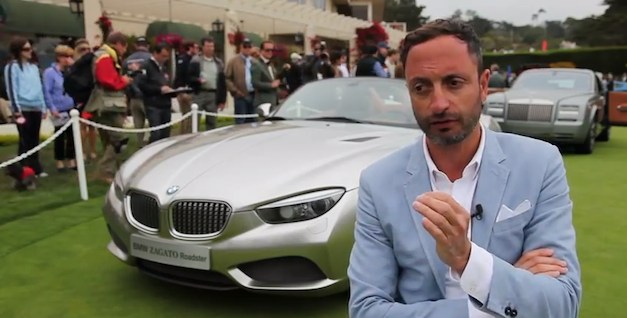