Either way, let’s not lose our main point of the article – the ad campaign for the 2011 Ford F-150 build on the success of the “rant” style campaign first introduced on F-150 in 2008. The ads focus on F-Series powertrain leadership with four new engines in the F-150 that offer  class-leading power, performance and fuel economy.

“The consistent use of the rant campaign since 2008 has allowed television viewers to closely associate these ads with Ford brand trucks,” said Eric Swanson, vice president, Nielsen Automotive. “These same viewers have told us they feel the ads are clever, unique and informative. In a television advertising environment that is full of clutter it”s critical to stand out from the crowd. Ford”s truck ads definitely do that.”

Ford’s F-Series is the industry”s first vehicle to top sales of 400,000 units for the year with nearly 435,000 trucks sold… and counting.

DEARBORN, Mich., Nov. 5, 2010 ““ The rant continues. And so does Ford”s truck leadership. Since introducing the pull-no-punches advertising campaign two years ago, F-Series pickups have continued to lead the segment in capability, durability, fuel economy ““ and sales.

Now comes the new F-150″s television and print advertising campaign for the 2011 F-150 with an updated version of a highly successful style.

“The 2011 Ford F-150 is the “˜truck of the future” with four new powertrains ““ each delivering an unmatched combination of power, performance and fuel economy ““ and we have a breakthrough marketing campaign that continues to resonate with truck buyers and separates us from the competition,” said Doug Scott, Ford Truck Group Marketing manager.

In researching the effectiveness of automotive advertising campaigns, Nielsen IAG found that in the past two years the F-150 brand has become more recognizable as a result of the “rant” ads ““ 72 percent vs. the industry average of 63 percent.

The new 30-second television spots ““ which begin airing Nov. 6 ““ are an evolution of the tell-it-like-is style that Ford introduced with the 2009 F-150 and continued with 2011 Super Duty.  The style since has been imitated by other companies.

An excerpt from one of the ads follows:
Hey, here”s a little good news. If you want decent mileage in a pick-up, you don”t have to order your engine off the kiddie menu anymore. Say hello to variable cam timing, direct injection and piston cooling jets. Yeah. The engineers at Ford have been busy. They”ve got four ““ count “˜em four ““ all new truck engines for the 2011 F-150 to give you the most power, the most towing AND the best fuel economy. Now that”s tasty. This is the future. This is the new F-150.

“It starts with great product that the advertising supports,” said Eric Peterson, Ford advertising manager. “Ford continues to take the lead in innovation ““ bringing out new products and solutions ““ and we are evolving our campaign to ensure that message is received.”

The ads focus on the “no compromise” theme: with the 2011 F-150 and its four new powertrain options, the customer doesn”t have to choose between capability and fuel economy.  Now, the customer can have both.

Featured is the 2011 Ford F-150 with EcoBoost™, Ford”s first truck application of its award-winning EcoBoost engine, specially tuned and calibrated for the F-150. It employs turbocharging and direct fuel injection to produce power seen in larger, naturally aspirated engines with the fuel economy seen in smaller engines. Current EcoBoost engines deliver fuel economy gains of up to 20 percent compared with larger engines with similar power.

In a separate, but related, EcoBoost truck marketing campaign, Ford is presenting a series of online documentaries called “Torture Test” to prove out the new truck engine.

The series begins with a randomly selected engine from the Cleveland Engine Plant going through a variety of extreme laboratory and on-road tests. Among the tests the EcoBoost-powered truck performs: hauling tons of timber in the Northwest, towing an 11,000 lb. trailer at top speeds at the Homestead-Miami Speedway and competing head-to-head with competitive trucks towing 9,000 lbs. on steep grades at Davis Dam, Nevada.

The” Torture Test” series ends with the engine being pulled from the F-150 and installed in an off-road racing truck to compete in the Baja 1000 on Nov. 18. The episodes can be viewed as they are completed atwww.fordvehicles.com/trucks.

Ford also continues another unique marketing approach it introduced with the launch of the 2010 Transit Connect: taking the vehicle directly to the customer. A fleet of F-150 EcoBoost trucks will begin a tour of 50 cities in mid-November and run through February.

Ford reaches out to truck customers via social media as well. The Ford Truck Facebook page has some 100,000 fans. Go to www.facebook.com/fordtrucks.

In October, Ford truck sales totaled 49,041, up 24 percent over a year ago. Ford has the largest share of the light- and heavy-duty truck market in North America ““ 39 percent, which is up 3.5 percentage points over last year. 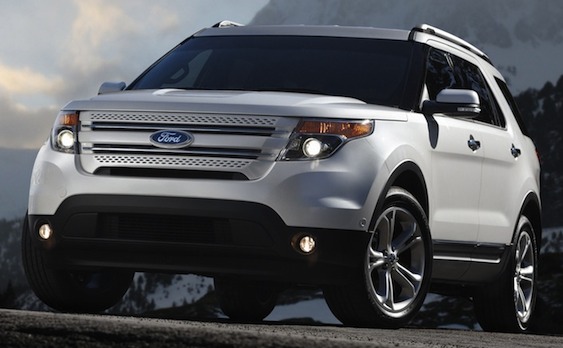 BREAKING: 2011 Ford Explorer reinvented with looks and fuel-economy in mind 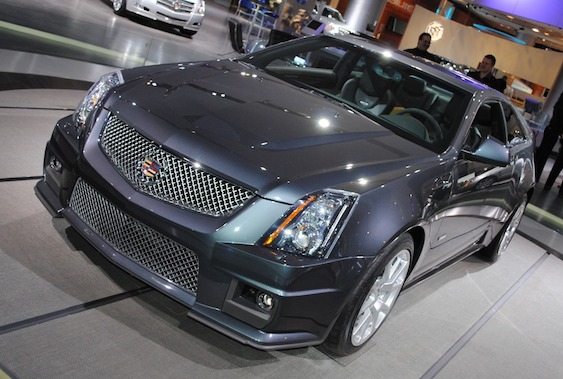